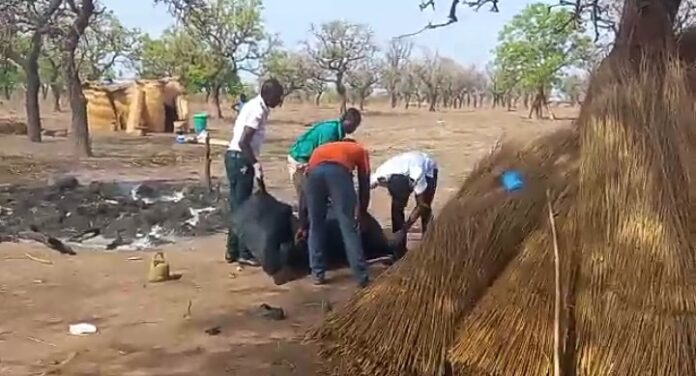 Two suspects are in the grips of the Northern Regional Police Command in connection with the attack and killing of the eight nomadic herdsmen a fortnight ago at Zakoli community in the Yendi Municipality.

The raid also led to four others sustaining gunshot wounds in the process by unknown assailants.

The Northern Regional Crime officer Superintendent Bernard Baba Ananga, who spoke to our Northern Regional Correspondent Noah Nash in Tamale confirmed the arrest and revealed that the suspect was the one convening assailants with a tricycle to commit.

He has been charged with murder. He said a female suspect has been arrested to also assist the police investigations pertaining to the arrest of the group that staged the attack.

Mr. Baba Ananga added that the Police are investigating the other Fulani herdsman killed in Tatali as well.

The Tabital Pulakuu International – Ghana Chapter on Monday urged the security agencies to intensify investigations and arrest the culprit who killed eight persons at Zakoli in the Northern Region.

The Group bemoaned that the security agencies are over reluctant to arrest the culprits.

“Another worrying issue at hand is that the National Disaster Management Organization (NADMO) has also failed to offer the necessary help needed to the people of Zakoli as the Vice President promised. The victims are still under the mercies of the weather, the General Secretary of Tabital Pulakuu International Ghana chapter, Yakubu Musah Barry disclosed in a press release.