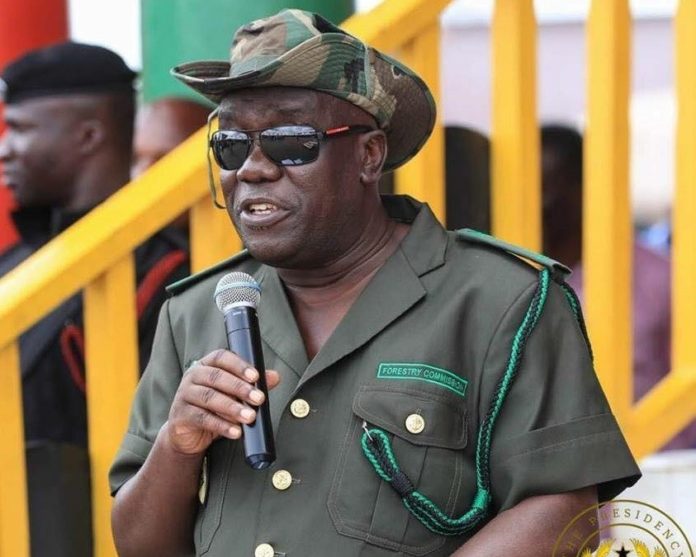 There are no records to show that the late Chief Executive of the Forestry Commission Kwadwo Owusu Afriyie owned lands in the Achimota forest, the Lands Commission has said.

“There is nothing in our records concerning that. What you read is what I have read. We don’t have anything recorded here for Sir John as far as our records are concerned,” the Executive Secretary of the Lands Commission James Dadson told the media on Monday.

It comes on the back of the public anger following the leak of the late Sir John’s last Will which had him sharing the lands among other massive amount of properties for his relatives and loved ones.

Meanwhile, hundreds of documents, computers, and scanners at the Head Office of the Lands Commission in Cantonments, Accra, have been destroyed by floodwaters.

The basement of the new building was heavily submerged in water after Saturday night’s downpour, leading to the flooding of the Records Room, Files Room, and I.T. Unit -all situated at the basement.

The affected documents include indentures, land maps, and land documents, sources at the Commission told the Ghana News Agency.

According to the sources, essential land documents have also been “mixed up” as a result of the destruction caused by the flood.

When the news team visited the Commission’s Head Office Monday morning, it met some officers of the Commission drying the documents at the forecourt of the Office.