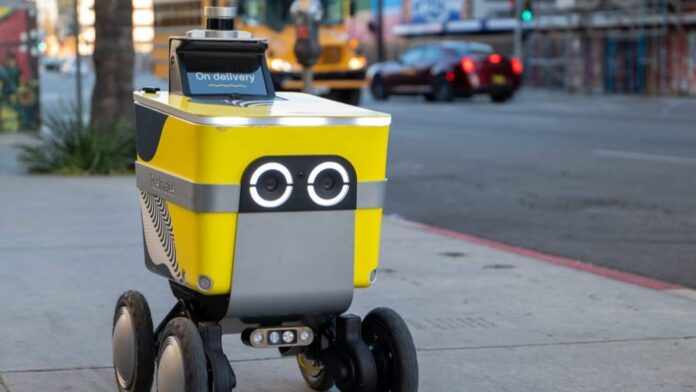 The trials will be limited, with deliveries from just a few merchants including the Kreation juicery and organic cafe. Serve will do short delivery routes in West Hollywood, while Motional will take care of longer deliveries in Santa Monica. “We’ll be able to learn from both of those pilots what customers actually want, what merchants actually want and what makes sense for delivery,” an Uber spokesperson told TechCrunch.

Uber will apparently charge for the deliveries from Serve. However, autonomous vehicle deliveries in California require a permit that Motional reportedly doesn’t possess, so it appears that customers won’t be charged for deliveries from their vehicles, for now. In addition, human operators will take control when near the drop-off locations “to ensure a convenient and seamless experience for customers,” a spokesperson said.

Serve’s robots, meanwhile, will mostly be able to operate autonomously, but remote operators will take control in certain cases, such as when crossing a street.

Customers within specific test zones will have an option to have their food delivered by an autonomous vehicle and can track it as with regular delivery. When the food arrives, they’ll be able to unlock the vehicle with a passcode to obtain their meals, either from a Serve cooler or the backseat of a Motional car. “The hope is that [the trials] are successful and that we learn over the coming months and then figure out how to scale,” Uber’s spokesperson said.