An Educational Think Tank, Africa Education Watch (Eduwatch) says the government’s attention and improvement for Primary and Junior High School in the country is inadequate.

According to Eduwatch, the government has no regard for equitable sub-sectorial financing of education in the country.

The Think Tank blames the development partly on the Ghana Education Trust Fund (GETFund) which is the main source of financing education infrastructure.

“There are about 1.3 million learners in Ghana’s Second Cycle Schools. Even though GHC 74 million of GETFund was allocated to Second Cycle Education in 2021, the Government of Ghana (GoG) ended up disbursing even more i.e. GHC 100 million, representing a disbursement rate of 135%.

“At the same time, Basic Education with over 7 million learners was allocated only GH 66 million, yet GoG disbursed only GHC 25 million, representing 37% of the allocation,” Eduwatch disclosed in a brief statement.

The Think Tank continued: “In summary, basic education received a quarter of what went to secondary education in 2021. Note however, that this disbursement to secondary excludes the GHC 866 million spent by GETFund in servicing a loan taken by MoE to upgrade SHS.

“Perhaps, this helps in understanding why that basic school in your community remains abandoned; 4,000 primary schools still do not have a JHS; over 5,400 schools still exist under trees, sheds & dilapidated structures; and 40% of basic school pupils lack desks in class.”

Eduwatch, therefore has called on Citizens, CSOs, media to accelerate their advocacy for equitable sub-sectorial financing of education in Ghana. 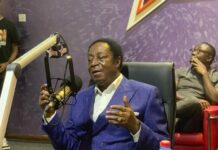 Go to IMF but negotiate well – Duffuor to Gov’t 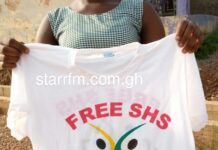