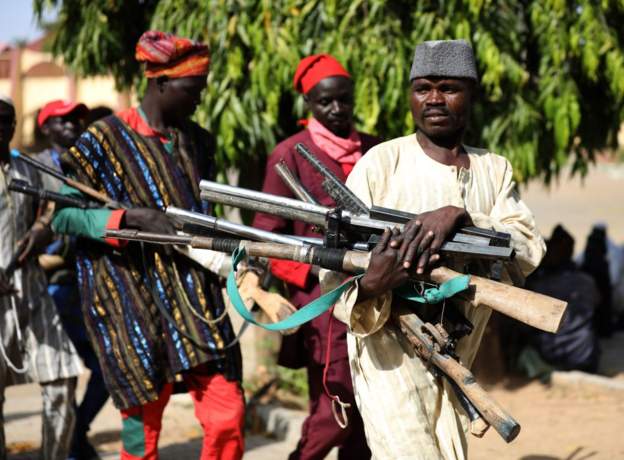 Nigerian authorities in the north-western Zamfara state have called on locals to arm themselves against criminal gangs in an attempt to deal with the increasing numbers of kidnappings and violent attacks.

The Zamfara governor said he would issue hundreds of guns to those without training and directed the commissioner of police to issue licences.

The authorities in Zamfara state say locals will first need to register before getting a weapon.

Asking citizens to arm themselves against violent threats is always going to be controversial. But the local government believes that arming civilians will help deal with rising levels of insecurity in the area.

In other measures, the governor of Zamfara has also ordered the closure of markets in three districts, banned the use of motorcycles and sales of petroleum products.

A shoot-to-kill order has been given to anyone found using a motorcycle in these areas.

Nigeria is struggling to curb a deadly wave of kidnappings for ransom by armed gangs in the northern part of the country.