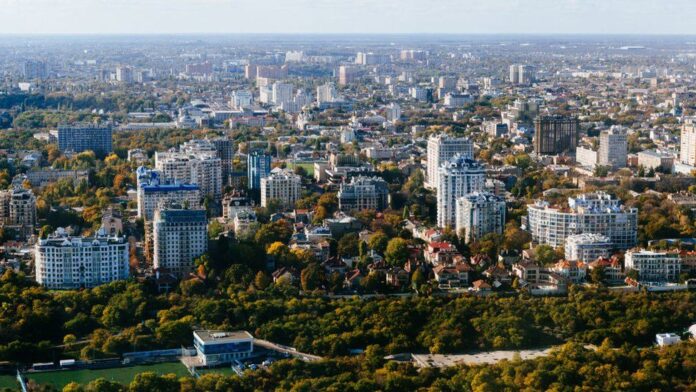 Explosions have rocked a key Ukrainian port just a day after Kyiv and Moscow reached a landmark deal to allow the resumption of grain exports.

Under the terms of Friday’s deal, Russia agreed not to target ports while grain shipments are in transit.

“Striking a target crucial for grain export a day after the signature of Istanbul agreements is particularly reprehensible,” he tweeted, adding that the EU “strongly condemns” the attack.

In a post to social media, the Ukrainian military’s southern command centre said two Kalibr missiles had hit the port, while two more had been shot down by air defence systems.

Oleksiy Honcharenko, a local MP, wrote on Telegram that the city’s port had caught fire after the strike.

“These scumbags sign contracts with one hand and direct missiles with the other,” Mr Honcharenko wrote.

It is unclear whether there were casualties or substantial damage.

On Friday, officials from Kyiv and Moscow signed a deal to allow millions of tonnes of grain trapped in Ukraine to be exported.

The agreement was hailed as a “beacon of hope” by the UN after months of fighting.

The deal – which took two months to reach – is set to last for 120 days, with a co-ordination and monitoring centre to be established in Istanbul, staffed by UN, Turkish, Russian and Ukrainian officials. It can be renewed if both parties agree.

In the latest fighting on the ground, British defence officials said Russian troops in the Kherson region risked being cut off from their supply lines by Ukrainian forces.

A large counteroffensive has been launched by Kyiv in the south of the country and its forces have used new long-range US supplied missile systems to target the Antonovsky Bridge in Kherson.

If the bridge were to be destroyed, Russian supply lines would be severely stretched.