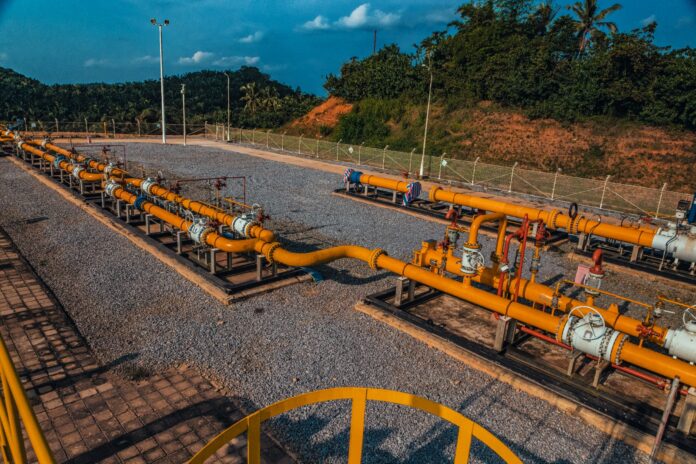 Genser Energy on Wednesday announced that it has successfully achieved financial close for an eight-year USD425m funding package.

The funds, which comprise a syndicated senior loan facility of USD325m and a USD100m mezzanine loan facility, will be used to refinance existing debt and finance the next phase of expansion projects including a 100km natural gas pipeline to Ghana’s second-largest city, Kumasi, a 200mmscfd gas conditioning plant at Prestea, Ghana and a Natural Gas Liquid (‘NGL’) storage terminal at Takoradi Port as a major step in Genser’s decarbonization strategy to achieve net zero carbon by 2035.

“The construction of the natural gas pipeline to Kumasi and the gas processing plant in Prestea will have significant economic and environmental benefits not only for Genser but also for Ghana and the West African sub-region,” Genser Energy said in a statement.

“The transaction will support Genser’s diversification from power to the gas midstream sector and mark a significant milestone in its decarbonization strategy to achieve net zero carbon by 2035 whilst contributing significantly to Ghana’s national climate change targets on emission reduction.”

“The availability of cheaper and readily accessible piped natural gas in Kumasi and the central belt of Ghana via the new pipeline will encourage industries to switch from imported trucked diesel and heavy fuel oil (HFO) to indigenous natural gas as a low-carbon intensive fuel. The pipeline will also support relocation of power plants from coastal regions to reduce line losses and improve efficiency on the national grid. Moreover, the gas conditioning plant will produce cleaner fuels and establish Ghana as a significant producer and exporter of Natural Gas Liquids (NGLs).

“Concurrent with the fundraising, Genser signed an offtake agreement with Trafigura for 100% of NGLs, primarily propane, butane and ethane, as well as Liquified Natural Gas (‘LNG’) to be produced from the gas conditioning plant in Prestea. In addition, Trafigura participated in Genser’s mezzanine loan facility and provided additional funding to build increased storage capacity at the proposed Takoradi NGL Terminal,” it said.

Baafour Asiamah-Adjei, Genser’s President and CEO, stated: “This transaction underscores the hard work and considerable dedication by the management, employees and stakeholders of Genser to make it an attractive and highly valued investment. I would like to thank our existing Lenders [Standard Bank of South Africa, Absa Bank, Barak Fund SPC Limited and the Development Bank of Southern Africa] who have shown considerable support and commitment to Genser over many years. I am also delighted to welcome our new Lenders Société Générale, Mauritius Commercial Bank and Ninety One, as well as Trafigura as an investor and strategic partner for Genser”.

Cyril Amadi, Managing Director, Northcott Capital stated: “We are very pleased that Genser has again entrusted Northcott to advise on another milestone transaction in the African Energy space. In 2019 we supported the company to successfully restructure their debt followed by the diversification of the shareholder base with significant investments in 2021 which set the stage for this transaction as one of the largest financings for a Ghanaian private company in international markets. The consortium of international financial institutions and investors re-affirms Genser’s value proposition and business plan as one of the most successful and innovative African Energy solutions providers”.