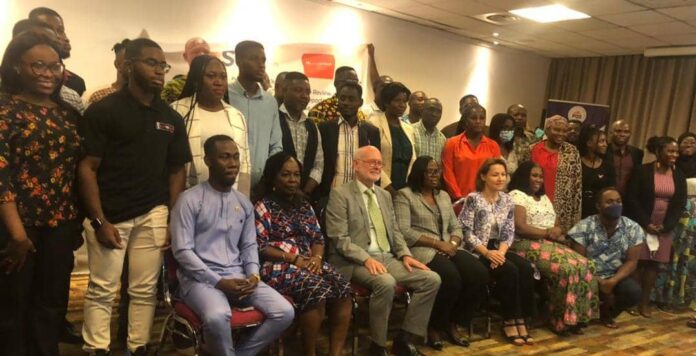 The Netherlands Ambassador to Ghana Jeroen Verheul has called for a conscious efforts to ensure that laws promulgated, and instruments ratified are implemented effectively in Ghana to safeguard, protect and promote human rights.

According to him, Ghana has come far on human rights as it has ratified several international human rights instruments and protocols to safeguard fundamental human rights, but its challenge is with implementation.

The Netherlands Ambassador Mr. Verheul made this call at the opening of a two-day workshop for the validation and submission of Civil Society Organisations (CSO’s) shadow reports under the UN Universal Periodic Review (UPR) Mechanism-Ghana 4th cycle.

The workshop which was organized by the POS Foundation with funding from the Netherlands Embassy, was to review, finalize and validate shadow reports developed by CSOs operating under the various Human Rights thematic areas and to submit these reports to the UN HRC for the upcoming UPR session this month.

According to him, some of the recommendations have also almost become repetitive over the various cycles since 2008, and this was again due to non-implementation of accepted recommendations.

He added that a focus on implementation would avoid this situation.

“Some areas including the living conditions and overcrowding of in-prisons, respect for the rights of minority groups, safety of journalist, women representation in politics and issues of child labour, still require significant attention.”

He however commended government for the respect it attaches to human rights, which goes hand in hand with the strong democratic credentials Ghana was known for.

The Ambassador urged the participants to re-examine earlier reports and compliance with recommendations issued to Ghana in the prior cycles to ensure that the recommendations for the upcoming cycle were better articulated, more specific and implementable.

The UNICEF country Representative, Madam Anne-Claire Dufay, said though Ghana has made significant progress in promoting human rights, inclusion and equality for all, much more still needs to be done.

She called on government to intensify efforts to end all forms of gender-based violence against women and children.

According to her harmful practices such as child marriage, and ensure the alignment of several existing laws with international conventions that the country acceded to, including the Convention on the Rights of Persons with Disabilities, as well as the passage of the Affirmative Action Bill.

Madam Dufay intimated that the UN was currently compiling inputs into the UPR, which would serve as a useful reference point, in addition to the CSO reports as Ghana seeks to build on its record and stay strong on the Continent in relation to human rights.

Arms of government must wake up

Prof. Takyiwaa Manuh, with the University of Ghana said, the UPR process was an important factor for change and for human rights to be advanced there was the need for a whole societal approach because it affects all spears of life.

“Human rights issues affect all and as such should be the concern of all especially now that it is being violated all the time.”

Mr. Johnathan Osei Owusu, the Executive Director of POS Foundation said, the validation workshop as part of the preparatory phase towards the UPR, offers CSO’S the opportunity to ensure that developed shadow reports were duly vetted and fact checked before they were submitted to the UN HRC for attention.

“This also helps improve the accuracy of the shadow reports and reflect the actual situation on the ground to inform recommendations by peer countries to Ghana in the up-coming UPR 4th cycle.”

According to him, the UPR must be seen as a process and not just an event that occurs every four years, and requires the commitment of all stakeholders; government, private sector and CSOs.

“Immediately after recommendations, until the next cycle is due, stakeholders including CSOs need to work with government to develop benchmarks and indicators that will be integrated in a Human Rights Action Plan to use same to monitor the implementation of the recommendations.”

Mr Osei Owusu said it was important for CSO’s to position themselves well in drafting the report, saying that this year’s report would focus on 10 thematic areas, with data and statistics attached to be able to present a better report.

“We are going to prepare our reports based on previous recommendations in order to put government on its toes to implement and enforce any laws that come out of this.”

The UPR is a State-driven process which reviews the human rights records of all 193 UN Member States once every five years, providing an opportunity for States to demonstrate what actions they had taken to improve their human rights situation under the same rules and supervision.