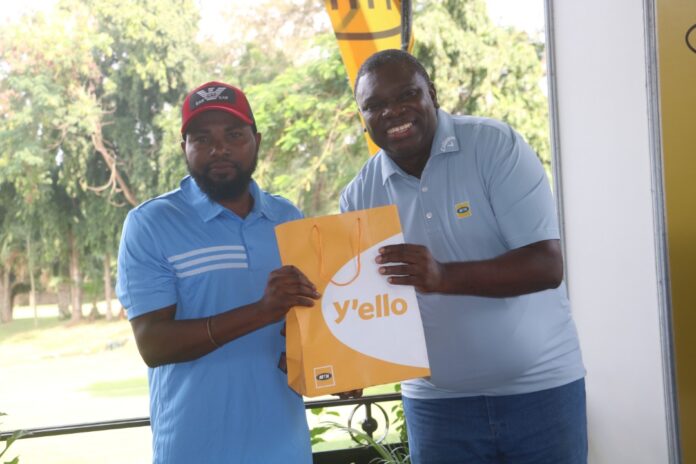 The event was organized to reward and honour Dr. Ishmael Yamson, Board Chairman of MTN Ghana for his immerse contribution to the development of Ghana and the sport of golf.

He revealed that Dr. Yamson is on record as the first person to visit the golf course every day.

He proposed the toast in honor of Dr. Ishmael Yamson whose Impact, Relevance and Integrity were unmeasurable.

Dr. Yamson who joined MTN in 2011 responded that after working in the banking industry and Unilever, he has learnt much in the Telecommunications sphere and still learning.

He said MTN has contributed to the digitization and the economy of Ghana in general.

In the highly spirited golf competition, the longest drives were won by Vasty Amoafo Yeboah and Kweku Asare Ofosuhene.

Closest to the pin, Men and Women went to Adjoa Asare Asamoah and Frank Avorsey respectively.

The main event, Men’s Group A, third place went to Eric Gene recording 33 points with second going to Ayoub Ghandour, scoring 36 points and first was taken by Frank Avorsey who scored a handicap of 8 with 38 points.