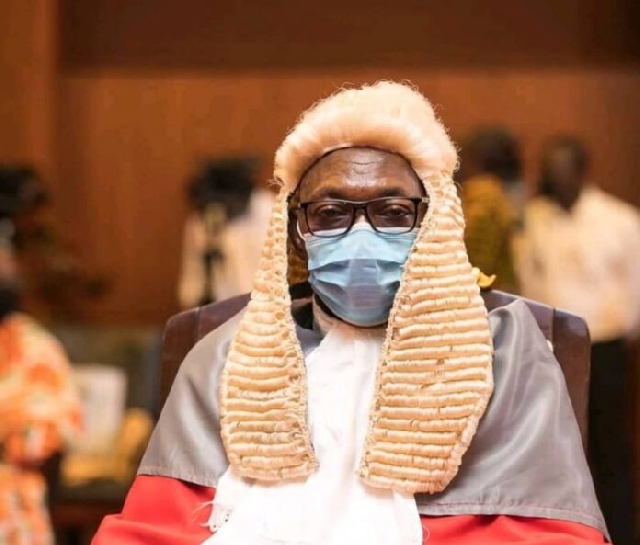 Justice Clemence Honyenuga, who retires in September this year, has said he will be sitting on Tuesdays, in addition to the normal sitting days, to hear the GHS271-million financial loss case involving the former CEO of the Ghana Cocoa Board (Cocobod), Dr Stephen Kwabena Opuni, and businessman Seidu Agongo, so he can conclude the matter early.

The Supreme Court judge, who has been sitting on the case as an additional High Court judge, told the court on Thursday, 28 July 2022: “In pursuant to Article 112(2) of the Constitution, 1992, the Chief Justice has granted me a limited time to conclude this case. In the circumstances, this court shall, in addition, sit on Tuesdays at 11 am for early disposal of this four-year-old case. In view of the pending vacation, the case is adjourned to October 3, 2022, at 10 am for continuation”.

On that day, a retired deputy director in charge of monitoring and evaluation at the Cocoa Health and Extension Division (CHED) of the Ghana Cocoa Board (Cocobod), Mr Peter Okyere Boateng, told the court that Cocobod increased the quantum of Lithovit liquid fertiliser purchased from 750,000 litres to one million litres after the first procurement following a recommendation that it was an effective agrochemical.

It is produced by Agricult Ghana Limited, a company Mr Agongo owns.

With the company, Dr Opuni and Mr Agongo are being tried for collectively causing the state’s financial loss of $65.2 million.

Mr Boateng told the court that Cocobod’s position was that the “Lithovit foliar fertiliser is a very good, efficient and efficacious product that holds the potential to assist farmers to increase their yield and subsequently their finances”.

He explained that “the report that I compiled and forwarded to Ghana Cocobod through my director carried information about the efficiency of the Lithovit liquid fertiliser, as was observed by all the teams that went to all the cocoa regions, as well as the praises that the farmers sang on the efficacy of the Lithovit liquid fertiliser after application, was accepted in full and the recommendation about the product was implemented, so, the position [of Cocobod] was that the product is good”.

Mr Boateng also refuted claims by the prosecution team that despite Cocobod using $65.2 million to purchase the Lithovit liquid fertiliser for farmers between 2014 and 2016, the agrochemical had “no significant increase in cocoa yield”.

“My Lord, I want to emphasise that in this case, if the Lithovit liquid fertiliser had not been there, and applied, then the situation would have been worse”.