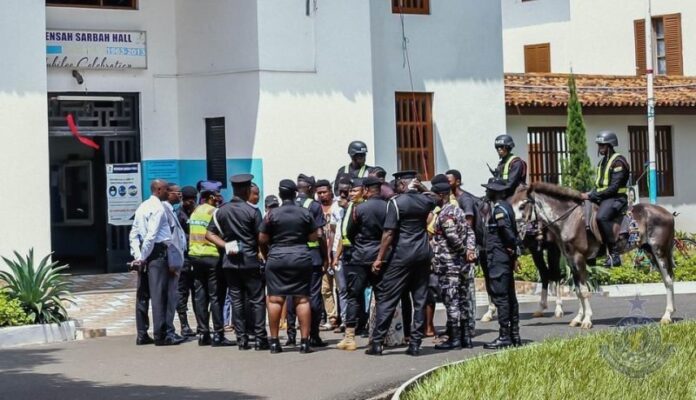 There is a heavy Police presence at the University of Ghana after irate students of Commonwealth Hall protested the suspension of the Hall Master and a Senior Tutor.

Management of the University suspended the two following clashes between the Vandals and the Vikings of Mensah Sarbah Hall, which occurred on August 5.

The Management of the University stated that the two hall officials were being punished for their reluctance to help identify the students responsible for the fight which led to the destruction of property on campus.

“These officers should, therefore, in the interim, be relieved of their duties while management works with the security services to investigate the clashes, and works towards finding lasting solutions to the tensions between students of the two halls,” Management said.

But the residents of Commonwealth Hall have rejected the decision of the University management accusing them of taking sides in the case.

Heavily armed Police personnel have been deployed to the campus and the Commonwealth Hall to ensure law and order and to prevent further protests by the students.