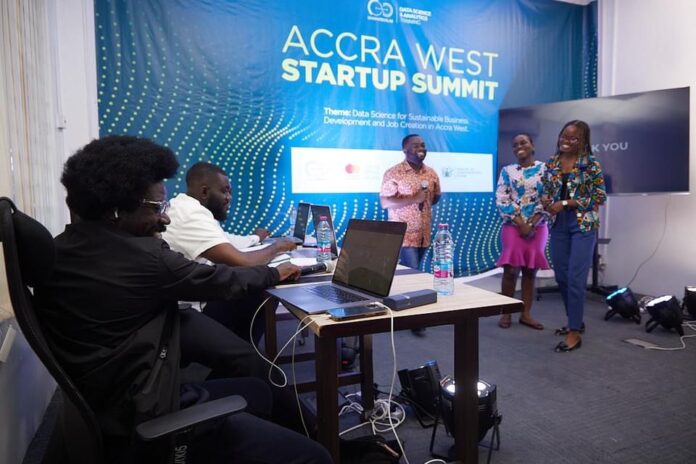 Small and Medium Scale Enterprises in the country need to embrace the production of data to inform policy decisions, data analyst Derek Kweku Degbedzui has urged.

According to the UNFPA Consultant, the use of data has become non-negotiable and so in order to be the right users of data, companies need to become producers to make it workable.

Speaking to starrfm.com.gh on the sidelines of Ghana Tech Hub’s Accra West Startup Summit Friday, Mr Degbedzui said “I think generally, at this point using data is non-negotiable. it’s part of our lives now. Even if you’re not the producer, you’re a consumer as well.”

“A lot of things are happening in the space of data that it makes it possible for all of us now to use. If you really want to be the right users of it [data], then we should all be willing to be part of the process to make it more workable,” he added.

The Accra West Startup Summit, in collaboration with the Mastercard Foundation is a pitching competition for data analysis startups.

It was held under the theme: Data science for sustainable business development and job creation.

The program has ten startups pitch their business modules to judges out of which a winner would emerge.

Detailing the processes for the event, Derek Kweku Degbedzui who was a judge said “we allow everyone to apply, mostly people who have completed tertiary institutions, and sometimes we get applicants that are students. We select a few after an interview. After that, we take them through a six-week training, and by the end of the training they are well equipped to go into the next stage.”

Ghana Tech Lab has rolled out initiatives like these since 2018, “we started this whole project in 2018. Consistently we’ve been having different programs in mobile app development, web development, data science training, and some also in cloud computing, and I think the whole idea has been to equip learners to have the knowledge first and be able to have business ideas from that which they can develop to make a start-up. Over the past years, it’s been very successful.”

As to how effective these programs have been, he explained “if you compare the first cohort to what we have recently you’ll see that the numbers keep increasing and its a sign there is becoming a lot of interest in what we are doing and that way we also have placed ourselves in such a way that we give them the kind of training they deserve.”

The Accra West Startup Summit was put together in collaboration with the Ministry of Communications and The World Ghana.