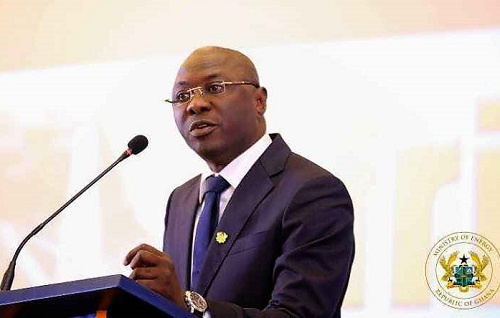 Deputy minister for Energy Dr. Amin Adams has denied allegations by IMANI and ACEP that Ghana is losing over $1.5 billion through a gas supply agreement between the GNPC and Genser Energy Holdings, a US-based Ghanaian-owned energy company.

Speaking to Starr News after being summoned by the mines and energy Committee of Parliament, Dr. Adams argued Ghana is not losing any money to the deal contrary to claims by vice President of IMANI Africa Bright Simmons and ACEP’s Ben Boakye.

“As far as we are concerned this allegation is not true, and we are happy to discuss further, and by the time that parliament comes out with a report the whole nation would be informed as to the content and the basis for the agreement that has been signed.”

A joint investigation by IMANI Africa and the Africa Center for Energy Policy (ACEP), two Accra-based policy think tanks, into a case of possible fiscal recklessness on the part of Ghana’s national oil company, the GNPC, has uncovered a total potential financial loss of $1.539 billion to Ghana.

The investigative report noted that GNPC choosing to sell gas at $1.72/mmBTU to Genser, generates a loss of $4.68/mmBTU.

The contract envisages delivery of ~329 million mmBTU over its 16-year lifetime.

“It is amply clear from the foregoing that GNPC’s decision to discount the price of its gas to Genser from the $7.9/mmBTU it says it costs on average to produce the commodity, and to deviate from even the regulatory price benchmark of $5.9 (2022) – $6.08 (2020) per mmBTU is suspect. Its further decision to offer the gas to Genser at a prospective amount of $1.72 for 16 years can therefore not be justified at any level on the evidence currently available,” the report said.