The District Chief Executive (DCE) of Ellembelle, Kwasi Bonzo, has been granted a police enquiry bail after his arrest on Wednesday, September 7.

The Police disclosed this in a press statement issued on Thursday, September 8.

Mr. Bonzo has been charged with five counts including assault, conspiracy to commit assault, and resisting arrest. 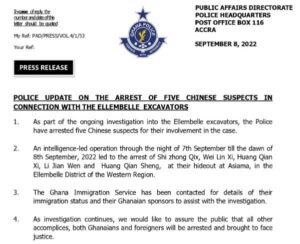 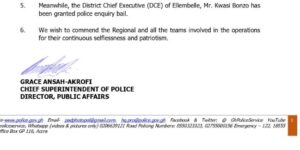 The DCE was arrested when he organized and led some thugs to attack and obstruct a team of police officers at the Axim Junction who were escorting a missing excavator to Takoradi after it had been retrieved in a forest. 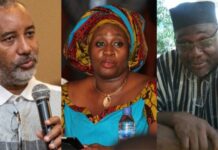