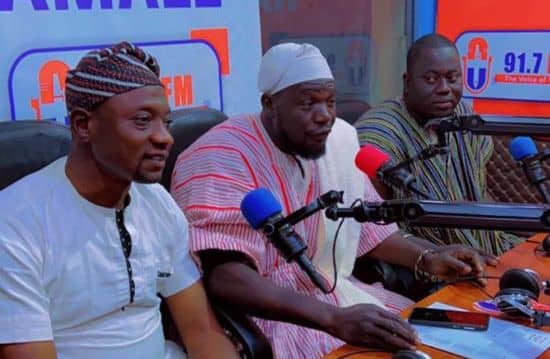 A very popular youth group belonging to the New Patriotic Party (NPP) in the Northern Region, BIG-6 has joined the camp of the Trade and Industries Minister, Alan Kojo Kyeremanteng ahead of the party’s flagbearership race.

In an interview on Radio Tamale evening political talk show dubbed – Alan Dundongni last night, some members of the group made the announcement, disclosing that their chairman and one other member are not part of those joining the Alan camp.

They explained that out of a total of 43 members, one member is with the Agric Minister’s camp, while the chairman who is their leader is with Dr. Mahamadu Bawumia’s.

“We have decided to join Alan camp against the will of our chairman. We know he is not happy, but this is good for us. About 40 of our members are all polling station executives. And that makes us delegates”, one of the members, Alhassan Bawa said.

When asked why the Alan Kyeremanteng team and not any of the persons availing themselves for the position, another member, Choggu Zagban Naa answered, “We have done our research and Alan is the right man to lead the NPP to break the 8. And again we have not been treated well as members of the ruling party.”

A few weeks ago, Alhaji Abdul Mumin Salifu C.O.P. also declared his support for Mr. Alan, also describing him as “the right man for the job”.

Jack who was the first runner-up in the last NPP regional executive elections in the Northern Region in a Facebook post yesterday assured Alan Kyeremanteng that he will avail himself to work for his interest 24/7.

“I know that change only happens when ordinary NPP people get involved in your team and I have no regret meeting you. I will work with you hand in hand 24/7”, Jack wrote on Facebook.