The reports online had it that the thespian welcomed twin baby girls in the United Kingdom.

The news broke earlier on Wednesday morning, 21st September after an unnamed source disclosed that the mother and children are in good health.

However, reacting to this report, Rita Dominic via the micro-blogging platform, Twitter on Wednesday night shared a cryptic message indicating that the viral report is nothing but fake news.

“Fake news,” she wrote captioning a video of a man reading a newspaper.

This latest development came months after Dominic and her husband did their traditional wedding on 19 April 2022 in Imo State.

The actress, whose marriage had been on various controversies since its inception, recently failed to respond to allegations that her husband was cheating on her with a couple of her friends. 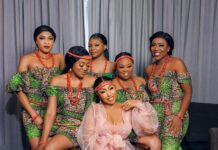 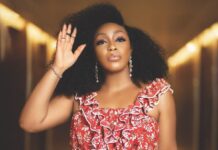