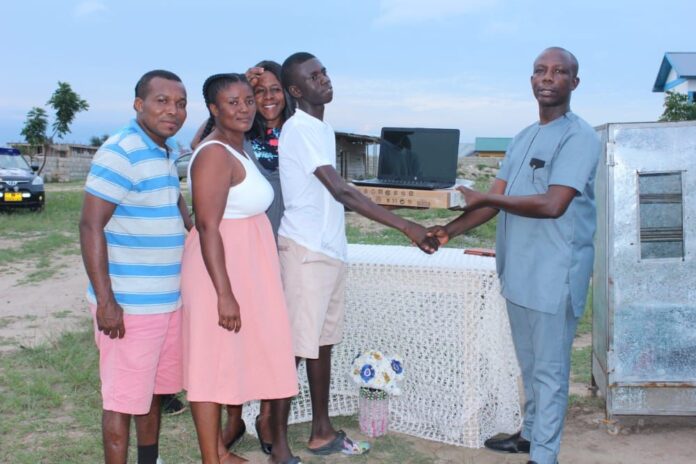 The Member of Parliament for Effutu, Alexander Afenyo-Markin, has made donations of tools and equipment to graduating students of Winneba National Vocational Training Institute, NVTI.

The tools and equipment which were handed over to the Principal of the institute, Martin Young include ovens, sets of tool boxes for plumbing and electricals, laptops for I.T and industrial sewing machines for students in fashion.

Receiving the tools and equipment, the Principal recounted all the assistance received from the Honourable Member of Parliament for Effutu.

“This institute is very grateful to Honourable Alexander Kwamena Afenyo-Markin for his immense contributions to the growth and development of this Winneba NVTI. At no point in time have we called on him that he hasn’t assisted us” he said.

“Quite a number of students received scholarships from him every year. We have also received drilling machines today from him. He has built and furnished for us a new library complex stocked with 50 computers. There is also a 60-capacity classroom which has helped in our intake” he said.

Mr. Martin Young also pointed out that the Deputy Majority Leader has also built a summer hut for the institute.

“Without these tools and equipment, we have been finding it extremely difficult to function. This is a great relief to us and we are grateful to our MP” he further stated.

“We’ll never forget the MP for Effutu, Honourable Alexander Kwamena Afenyo-Markin. It is not everybody, it is not every MP that’ll do this. He has done so much for the school and he is now doing it for individuals. He knows you are finishing school and that you need these things to start life. So you tell your parents to appreciate this” he said in his concluding remarks.

The donations were made on behalf of Alexander Kwamena Afenyo-Markin at the Winneba National Vocational Training Institute.