Reporters for The New York Times, CNN and Washington Post are among those who found themselves locked out of their accounts on Thursday evening.

A Twitter spokeswoman told tech website The Verge that the ban was related to the live sharing of location data.

It comes after Mr Musk vowed to sue the owner of a profile that tracks his jet.

A spokesman for The New York Times called the suspensions “questionable and unfortunate”, and said neither the paper nor reporter Ryan Mac received any explanation for the action.

CNN said the “impulsive and unjustified suspension of a number of reporters…is concerning but not surprising”. It has asked Twitter for an explanation and will “reevaluate our relationship based on that response”.

CNN’s Donie O’Sullivan, whose account was among those suspended, said the move was significant for “the potential chilling impact” it could have for journalists, particularly those who cover Mr Musk’s other companies.

Mr Musk did not comment directly on the suspensions, but said in a tweet that “criticising me all day long is totally fine, but doxxing my real-time location and endangering my family is not”.

He added that accounts engaged in doxxing, which refers to the release of private information about individuals online, receive a temporary seven-day suspension.

Twitter’s head of trust and safety, Ella Irwin, told The Verge that bans are related to a new rule introduced on Wednesday that prohibits “live location information, including information shared on Twitter directly or links to 3rd-party URL(s) of travel routes.”

“Without commenting on any specific accounts, I can confirm that we will suspend any accounts that violate our privacy policies and put other users at risk,” Mrs Irwin told the outlet.

“We don’t make exceptions to this policy for journalists or any other accounts.”

On Wednesday, Twitter suspended the account @ElonJet, as well as other accounts using publicly available information to track his private plane.

The owner of @ElonJet, Jack Sweeney, 20, also had his personal account blocked. Mr Musk has since vowed to take legal action against him, as well as “organizations who supported harm to my family”.

Mr Musk said a “crazy stalker” had used live location sharing to find and accost a vehicle carrying his children in Los Angeles.

It came after Mastodon used Twitter to promote Mr Sweeney’s new account on Thursday, according to The New York Times. Twitter users vote in favour of Musk stepping down 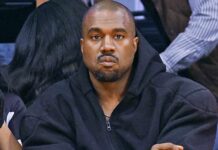