Phelan, 54, took over as caretaker manager following Steve Bruce’s departure in the summer, becoming a permanent appointment in October.

But with City in the relegation zone, picking up three points from their last nine games, the club announced they had “parted company” with Phelan.

Hull said they were already searching for a replacement, with an announcement to be made “in due course”.

Phelan made a promising start to his Hull City career, winning the manager of the month award for August, but the Tigers’ last league win was on 6 November, a 2-1 victory over Southampton.

Swansea’s victory over Crystal Palace on Tuesday night sent Hull to the bottom of the table, three points from safety.

Former Manchester United assistant Phelan was in charge of the club for just 85 days as a manager, plus 81 days as caretaker boss.

On Twitter, the club said: “We would like to thank Mike for his efforts both as assistant manager and head coach over the last two years.”

Phelan’s last game in charge was a 3-1 defeat by West Brom on New Year’s Eve. City were leading 1-0 at half-time but collapsed in the second half, falling to a fifth defeat in seven games.

Hull will next play fellow strugglers Swansea in the FA Cup third round before taking on Manchester United in the first leg of the EFL Cup semi-finals on 10 January.

It has been a tumultuous season for the club, which is up for sale. In July, Bruce left as manager after gaining promotion to the Premier League with a breakdown in his relationship with vice-chairman Ehab Allam contributing to his departure.

At the beginning of the season injuries had left the Tigers with only 13 fit senior players although Phelan, while in temporary charge, did begin the campaign with successive league wins.

Victories have been harder to come by since September, however, and with fellow strugglers Swansea and Crystal Palace sacking their managers over Christmas, Phelan paid the price as newly promoted Hull attempt to maintain their Premier League status.

Stoke manager Mark Hughes, whose team beat Watford 2-0 on Tuesday, said: “Mike got the job under difficult circumstances and I thought recent performances had markedly improved, so it showed he was having an impact.

“He’s a great football guy, but that’s the Premier League for you – it’s ruthless and sometimes, at this time of year, owners get panicky.” 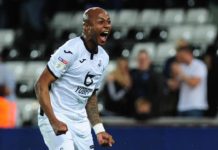 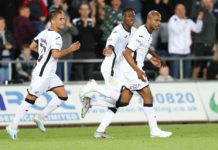 Jordan Ayew shortlisted for Swans Player of the Season award