The Minister-designate for Agriculture, Dr. Owusu Afriyie Akoto, has dismissed claims that he was for the introduction of Genetically Modified Organisms (GMOs) in Ghana.

Food Sovereignty Ghana (FSG) opposed the president’s nomination of him [Afriyie Akoto] as the minister-designate for agriculture, accusing him of lobbying for the adoption of GMOs in the country.

“Dr Afriyie Akoto has already demonstrated profound ignorance on the subject of GMOs and a shocking indifference to the lives and wellbeing of Ghanaians,” said FSG.

But addressing a question Tuesday on it before parliament’s Appointments Committee, Dr. Afriyie Akoto said the claims that he was a proponent of GMOs are erroneous.

“I think this whole thing is misplaced. The science which exists, and which has produced these 40 different improved varieties for our farmers of maize, rice and others, we have hardly used it. Only 11% of maize farmers are using improved seeds. The rest are using local varieties which is getting them nowhere. The task really is to ensure that the bulk of farmers adopt these improved seeds, get them fertilizers and extension so that our production can take off. It is not to bring some GMO into this country,” he told the committee.

“Whoever says I am promoting GMO is not correct. I believe in Ghanaian scientists, Ghanaian scientists have done well. This ‘obaatampa’ [breed] is all over West Africa… All these other improved seeds that our research have been putting their backs to the wheel will earn scientists in this country some money in the future and not some GMO which is not going to benefit anybody,” he added. 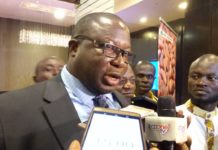 Where are our Ghanaian agricultural scientists in the GMO debate?  – MD for Kuapa Kokoo asks 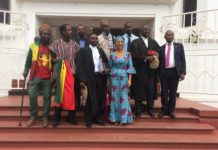