The chairman of the Appointments Committee of Parliament, Joe Osei Owusu, has said he has been fair to both sides on the committee, contrary to claims he is stifling the Minority side from probing ministerial nominees.

The MP for Bekwai constituency has served notice he will continue to stick to the rules governing the vetting process.

“In all fairness it’s only about two or three instances that I’ve overruled… I think the charge is really unfair,” Mr. Owusu remarked.

Rashid Pelpuo, the Member of Parliament for Wa Central has chastised the chairman following a fracas that ensued between him and the MP for Tamale North, Alhassan Suhuyini.

The minority, the Wa Central MP noted, took serious exception to Mr. Owusu’s behavior as he was “autocratic” by rudely stopping the Tamale North MP in his remarks.

However, Mr. Owusu said Suhuyini was breaching the rules of Parliament because he was making reference to events which have nothing to do with the nominee.

“… People may conceive things in their minds, but they must make them relevant. It is unacceptable in Parliamentary practice to name persons who are not available to answer…,” Mr. Owusu told Accra-based Joy FM.

Meanwhile, a ranking member of the Appointments Committee and minority chief whip Alhaji Mubarak Muntaka has pointed out that Suhuyini flouted the rules of the committee with his question to the energy minister-designate.

Providing security to MPs not solution to Ghana’s insecurity – Saani 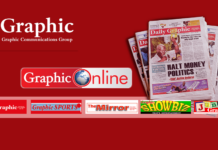