West African regional group Ecowas has in principle approved Morocco’s membership application despite the country being in North Africa.

But Ecowas leaders meeting in Liberia said the implications of its membership still needed to be considered before Morocco could formally join.

King Mohammed VI was not at the summit because Israel’s Prime Minister Benjamin Netanyahu had been invited.

Morocco’s application comes after it rejoined the African Union in January.

Morocco left the continental body in 1984 after it recognised the independence of Western Sahara.

Morocco regards Western Sahara as part of its historic territory and has spent much of the last three decades trying to strengthen ties with Europe at the expense of relations with Africa.

Ivory Coast President Alasanne Ouattara has confirmed that the decision had been agreed in principle but the details still had to be worked out.

Morocco, along with Tunisia which is seeking observer status with the organisation and Mauritania, which wants to return to the body, will be invited to the next meeting of heads of state in Togo in December, a senior Ecowas source told the BBC.

‘I believe in Africa’

Ecowas is made up of 15 West African nations, none of which shares a border with Morocco.

King Mohammed VI last week announced he would not be attending the summit in Liberia, because of the presence of Israel’s prime minister.

Morocco does not have diplomatic ties with Israel.

“I believe in Africa. I believe in its potential, present and future. It is a continent on the rise.”

This trip comes nearly a year after Mr Netanyahu was in East Africa as part of his efforts to strengthen ties between the continent and Israel. 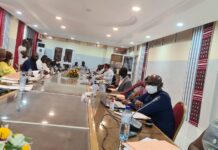 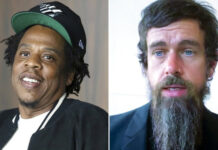