The third London Bridge attacker has been named as Youssef Zaghba, a Moroccan-Italian man.

Pakistan-born Khuram Butt, 27, and Rachid Radouane, 30, both from Barking were the other two attackers.

Meanwhile, another victim has been named as Australian Kirsty Boden, who her family said ran towards London Bridge in an effort to help people.

Seven people were killed and 48 injured in the attack which began at 21:58 BST on Saturday night.

NHS England said 36 people remained in hospital, with 18 in a critical condition.

Ms Boden’s family described her in a statement as an “outgoing, kind and generous person”.

“We are so proud of Kirsty’s brave actions which demonstrate how selfless, caring and heroic she was, not only on that night, but throughout all of her life,” they added.

Butt and his two accomplices drove a hired van into pedestrians on London Bridge before stabbing people in the area around Borough Market.

All three men were shot dead by police within eight minutes of receiving a 999 call.

Butt had featured in a Channel 4 documentary The Jihadis Next Door, broadcast last year.

Radouane was a chef who also used the name Rachid Elkhdar and police said he claimed to be Moroccan-Libyan.

All 12 people arrested on Sunday after the London attack have now been released without charge.

On Tuesday, counter-terror officers were searching a property in Ilford, east London, after entering the address at around 01:30 BST. No arrests had been made, police said.

Butt featured in a Channel 4 documentary last year about Islamist extremists with links to the jailed preacher Anjem Choudary.

The married father-of-two, who worked for London Underground as a trainee customer services assistant for nearly six months last year, could be seen in the programme arguing with police officers in the street, after displaying a flag used by so-called Islamic State in a London park.

One man called the anti-terrorism hotline in 2015, and a woman went to the local police because she was scared Butt was trying to radicalise her children.

Metropolitan Police assistant commissioner Mark Rowley said an investigation into Butt began in 2015, but “there was no intelligence to suggest that this attack was being planned and the investigation had been prioritised accordingly”.

The inquiry was “prioritised in the lower echelons of our investigative work”, Mr Rowley added.

Asked if that had been a poor decision, Mr Rowley said he had seen nothing yet to suggest it, according to the BBC’s home affairs correspondent, Danny Shaw.

At any one time there are around 500 active counter-terrorism investigations concerning 3,000 people of interest.

Mr Rowley said work was continuing to understand more about the attackers, “their connections and whether they were assisted or supported by anyone else”. 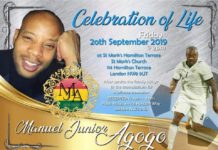 Ghana’s Junior Agogo to be buried Friday in London 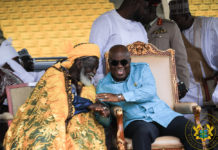 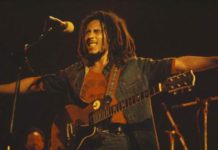