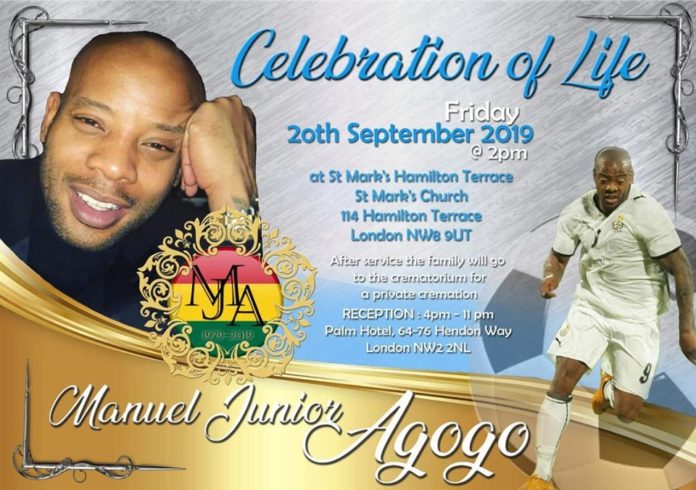 Former Ghana international Junior Agogo is set to be buried on Friday, September 20  in London.

The striker passed away at the age of 40 in London on Thursday, August 22 after suffering from a stroke in 2015 and had to battle public stigma during his recovery.

Prior to his death, the former Sheffield Wednesday and Bristol Rovers attacker went into the fitness training business in England.

He began his career with Sheffield United, playing three games between 1997 and 2000.

He also played for Barnet, Zamalek SC, Apollon Limassol, and Hibernian
Agogo enjoyed a cult following during his 27-game stint with the Black Stars of Ghana scoring 12 goals

From the funeral poster , Agogo would be cremated in a private ceremony after the burial service in England.