This follows a commitment by Norwegian Oil giant, Aker Energy which is yet to commence commercial oil production in Ghana, to deepen the policy by awarding more contracts to indigenous Ghanaian Small and Medium Enterprises and Setups that provide oil and gas services.

This was disclosed by the Chief Executive for the Petroleum Commission (PC) Mr Egbert Faibille Jnr when addressing officials from the Norwegian-African Business Association, Norwegian Energy Partners (NOWREP), Aker Energy, Ghanaian companies and other foreign investors on Tuesday, August 28th, 2018.

Aker Energy has successfully completed all the necessary and relevant agreements to begin commercial oil production in Ghana at the end of 2021.

In June this year, the company acquired Hess Corporation’s stake in the Deepwater Tano Cape Three Point block in the Western Region.

According to Mr Faibille, Ghana was looking forward to building the necessary partnerships and synergies with credible upstream companies such as Aker Energy warning particularly, Ghanaian service providers or joint ventures not to cannibalize all contracts or indulge in questionable business deals.

Mr Faibille said the commission will hold Aker Energy to their promise of taking Ghana’s Local Content policy to another level.

“If that promise is going to be made effective, the expectation is that joint ventures have to be formed and transparency in contracts also followed up and carried through,” he emphasized.

The Petroleum Commission promised Aker Energy that in line with the laws of Ghana, it will ensure transparency in its transactions and expects that to be reciprocated.

He told the business gathering that when contracts and subcontracts become available they have to ensure that the needed partnerships and synergies are achieved.

He advised them to avert the situation where one company forms several companies in order to win more contracts since such companies will have their contracts cancelled.

Managing Director of Norwegian-African Business Association, Eivind Fjeldstad revealed that Ghana’s meeting to host investors on Thursday, August 30th, 2018 at the ongoing second trade mission in Stavanger, Norway has 138 companies registered to attend which he described as unprecedented.

Dr Gulbrand Wangen, Director Africa, Midstream at Norwegian Energy Partners (NOWREP) said in the last 20 years, Ghana is the only country to have sent a large delegation to NOWREP.

He said Aker Energy’s presence in Ghana is the first time a Norwegian Oil company is going to operate in Africa.

Dr Wangen promised to bring more Norwegian upstream sector players to Ghana to fulfil the dream of Ghana’s Petroleum Commission. In conclusion, he said about 35 Norwegian upstream companies have expressed interest in doing business in Ghana and 13 of them are already having related meetings in Ghana.

Country Manager of Aker, Mr Jan Helge Skoken said there are a lot of opportunities in developing the capacity of local service companies.

“Gradually, our presence in Ghana is becoming a reality,” he said commenting the Petroleum Commission, the Ghana National Petroleum Corporation and the Energy Ministry for the immense support enjoyed so far.

Meanwhile, the deputy Energy Minister in charge of Finance and Infrastructure and MP for Effia in the Western Region, Joseph Cudjoe who also spoke at the conference assured the business community of government’s commitment to continuously create a conducive business and stable political environment to safeguard their investments in the country. 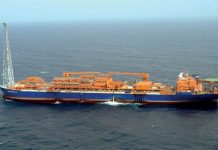 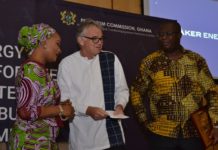 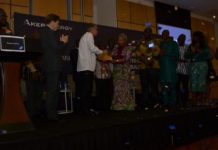