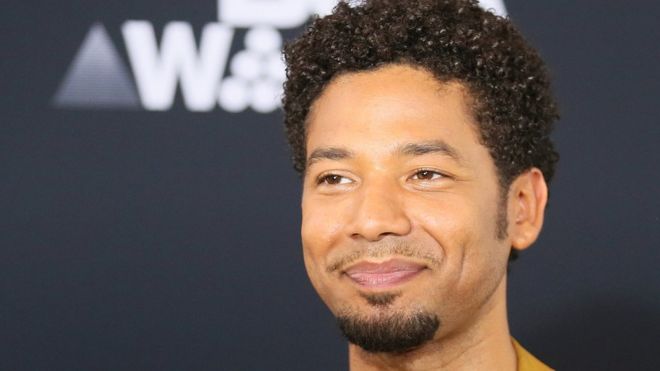 The City of Chicago has filed a lawsuit against Jussie Smollett, seeking three times the damages it said it ran up while investigating the actor.

Prosecutors say Smollett staged a homophobic and racist attack to boost his career, but the 36-year-old has always maintained his innocence.

Charges against him were dropped after Smollett forfeited a $10,000 (£7,600) bond payment and did community service.

The exact amount prosecutors want Smollett to pay was not revealed.

After charges were dropped against Empire actor Jussie Smollett, Chicago Mayor Rahm Emanuel said that he had been given special treatment because of his celebrity status.

And President Donald Trump described the case as an “embarrassment to America”.

Smollett was given seven days by the City of Chicago to pay $130,000 (£99,000) to cover the investigation’s cost – but threatened to sue when the deadline passed.

Smollett claimed that a rope was put around his neck and an unknown substance splashed on his face by two men using pro-Donald Trump slogans.

Obabinjo and Abimbola Osundairo, two brothers, were at one point believed to have carried out the attack after instructions by Smollett.

They had appeared as extras on Empire and had trained with Smollett in the gym. Security footage taken on the night of the incident showed them buying items such as a ski mask and a red cap.

They are yet to give their account of what happened that night and have not commented on their arrest and interview in connection with the case.

A new Mayor of Chicago, Lori Lightfoot, will be sworn in on 20 May.

She said there needs to be a “much more fulsome explanation” as to why the charges against Smollett were dropped.

“We cannot create the perception that if you’re rich or famous or both that you get one set of justice, and for everybody else it’s something much harsher,” she said. 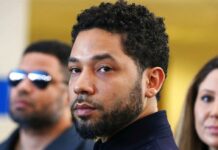 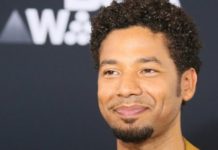