Beginning at Jasikan in the Oti region, the visit will represent the second phase of the President’s working visit of the newly created regions which, earlier in April this year, saw him visit the Ahafo, Western North and Bono East Regions.

On Tuesday 14th May, 2019, President Akufo-Addo will cut the sod for the construction of the Jasikan-Dodi Pepesu road captured under the Sinohydro projects, after holding a durbar with the Chiefs and people of Jasikan, Kadjebi, and Biakoye at Jasikan in the Buem constituency.

At Kpassa, the President will be expected to cut the sod for the construction of the Kpassa-Mama Akura roads in the Nkwanta South constituency, as well as interact with tutors and students of Nkwanta SHS, where he will also do a sod cutting for the construction of a classroom and dormitory block. He will meet the Chiefs and people from Nkwanta North and South at a durbar at Nkwanta.

Still in the Oti region, President Akufo-Addo will on Wednesday, 15th May 2019, conduct an inspection of the progress of work on the Nkwanta – Dambai road at Nkwanta, visit the proposed site for Regional Coordinating Council at Dambai the regional capital, and attend a durbar of the Chiefs and people of Krachi in the Krachi/Nchumuru constituencies.

President Akufo-Addo will move to the North East region on Thursday May 16th, to begin day 4 of the tour with a durbar of Chiefs and people of Nalerigu at Nayiri Naa Bohugu Abdulai Mahami Sheriga’s palace in Nalerigu. Whilst there, he will inspect a water project, and visit the proposed site for the Regional Coordinating Council at Nalerigu in the Nalerigu/Gambaga constituency.

A brief stop at Sakogu will see the President commission a Community Day SHS, and proceed to interact with tutors and students of Nakpanduri SHS where he will also commission a 120-bed capacity dormitory, followed by a sod cutting for the construction of town roads in Bunkpurugu and a durbar with the Chiefs and people of Chereponi.

He will proceed on Friday, 17th May, 2019, to the Yagaba Koubori and Walewale Constituencies, where, beginning with a durbar at Yagaba, he will also commission a warehouse, and inspect an IWAD 1000 Hector Irrigation Project, all under the Planting for Food and Jobs Programme.

The President will climax his tour of the North East region in Walewale with a durbar of Chiefs, preceded by an inspection of a Water Project.

On Saturday, 18th May 2019, a courtesy call on the Paramount Chief of Wasipe and an interaction with Daboya Smock Weavers will herald the beginning of the President’s tour of the Savanna region. He will interact with tutors and students of Sawla SHS and inspect ongoing works of a District Hospital at Sawla

President Akufo-Addo will on Sunday attend an Interdenominational Church Service at Damongo followed by a courtesy call on the Overlord of the Gonja Traditional Area,Yagbonwura Tumtumba Boresa I.

The President is scheduled to return to Accra later on Sunday 19th May 2019 at sunset. 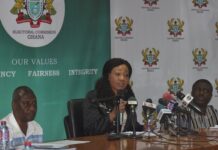 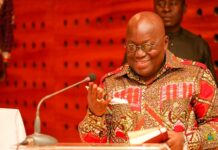 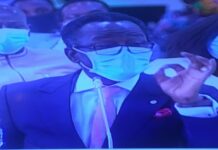