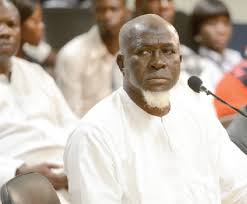 Owner and bankroller of Division One side King Faisal, Alhaji Karim Grusah has described the chairmen of the Regional Football Associations (RFA) as the ‘goro boys’ of Ghana Football at the ongoing  Extraordinary Congress of the Ghana FA.

There has been a proposal to reduce the number of the RFAs in the Executive Committee of the Ghana Football Association which is yet to approved by the RFA chairmen are strongly against the idea.

Outspoken football administrator described the RFA chairmen as ‘goro boys’ which is a local name used to describe middle men who work for people in either higher authority for favors.

This was strongly opposed by the RFA chairmen at the Congress leading to the program coming to a halt.

Alhaji Grunsah later apologized to the Congress for the word used on the RFA chairmen.

The Ghana FA is meeting at an extraordinary congress for the first time after the Anas Expose on June 12.

The Congress, under the supervision of the Normalization Committee, is expected to adopt a new Statutes for the FA.

Meanwhile, the Normalisation Committee of the Ghana Football Association has proposed a reduction of the number of delegates for Congress from 124 to 120. 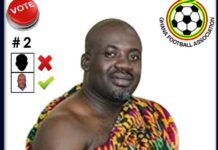 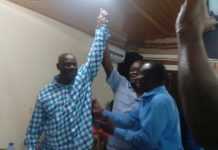