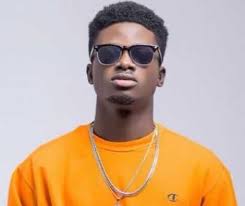 Lynx Entertainment signee, Kuami Eugene, says his biggest fear in his music career is to lose his relevance in the industry.

According to him, his prayer has always been against falling in his career or being ‘dumped’ by Ghanaians and demoted to the background as it ‘scares him to death.’

In an interview on ‘Starr Drive’ with KOD and Cookie Tee, he said, “I can’t afford losing my relevance or falling down in this industry, I have been the one putting food on lots of people’s tables and it is very important to keep who I am for the benefit of others. I yearn to be greater than what I am now.”

He added that, “It’s an observable fact that stars are hailed today and forgotten the next minute, with a tall list of artists that can be mentioned as examples even here in Ghana. The fear also makes me work harder and also motivates me to plan ahead.”

Kuami Eugene has recently released another banger dubbed ‘ Obiaato’ which according to him is catching lots of vibes.