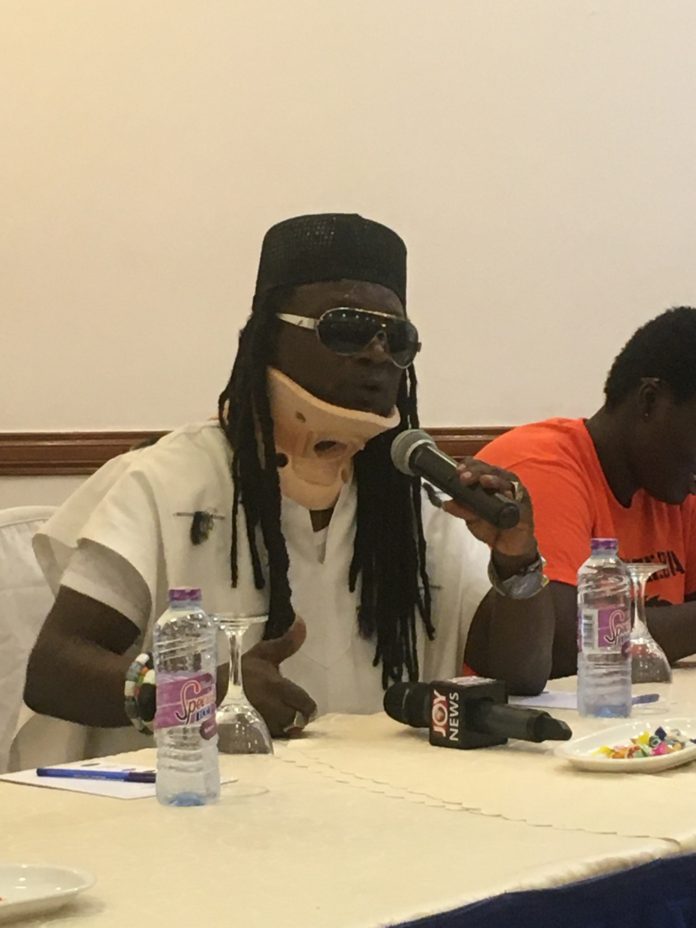 Ace Ghanaian musician Amandzeba has announced a partnership with U.S based Jah Mikal entertainment to celebrate 20 years since he released his smash hit ‘Wogb3’.

This new signing will also see Amandzeba release the remix of ‘Wogb3’ with an American rapper in August, followed by a nationwide tour.

According to the artiste, a lot of things are gonna happen. “I’m going to bring everybody along. The media, the musicians and everybody who matters in the entertainment industry”.

Amandzeba made this announcement at a press briefing in Accra Friday.

Describing how he got a connection with Jah Mikal, he said “so I’m so privileged to have a contact all the way from the USA. It really beats my imagination as to how an American will get hold of a song like Wogb3 J3k3 in Ga and then have an interest with it.”

“Jah Mikal entertainment is an establishment that has people who are in love with our continent but particularly with Ghana. Because Jah Mikal’s presence spans over 25 years in Ghana,” he stated.

Touching on how the African sound can penetrate the foreign Amandzeba iterated “more often than not we all hear ourselves and other people claiming the fact that our cultural products are international. But it’s not enough for it to remain in the diasporan Ghanaian community. It’s for us to involve every African. Pan-Africanism is not just in the hands of us as black people but it’s in the hands of those who think like us.”

“I’ll like to emphasize on the point that music wherever it is released, it’s international. But before it becomes universal, a lot has to go in. That’s the reason why there’s that marriage between the artiste and the media,” he ended.