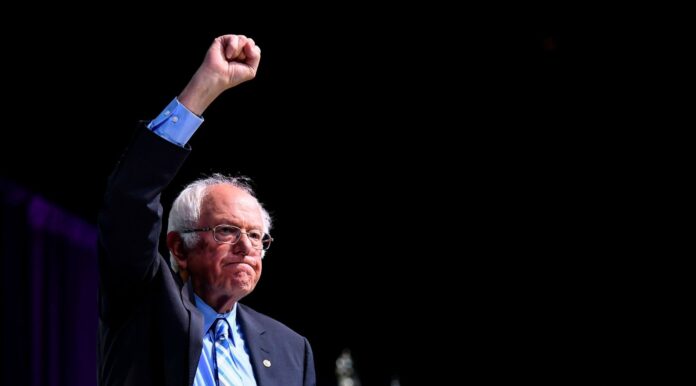 The left-wing senator took a tight victory over centrist former mayor Pete Buttigieg, who offered a different Democratic vision in the race to take on President Trump in November.

Mr Sanders declared the night “the beginning of the end” of Mr Trump.

The race moves next to the Nevada caucuses on 22 February.

Finishing behind the Vermont senator were two moderates – Mr Buttigieg and Minnesota senator Amy Klobuchar, who emerged as a surprise contender by taking third place.

Technology entrepreneur Andrew Yang and Colorado senator Michael Bennet both dropped out of the race.

What were the results in New Hampshire?

Some 280,000 Democratic voters cast ballots in the Granite State on Tuesday night, delivering 26% to Mr Sanders.