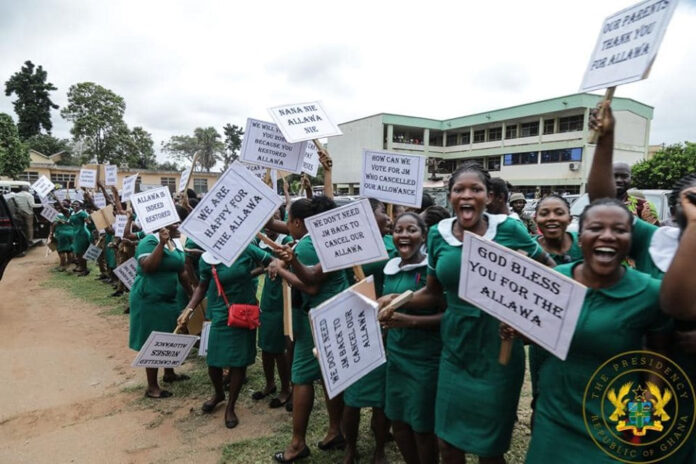 The Controller and Accountant–General has implemented the three months tax relief granted to all health workers as directed by the President in his recent address to the nation on the coronavirus disease.

President Nana Addo Dankwa Akufo-Addo, while addressing the nation on April 5, 2020, on measures taken by the government to contain the COVID-19 disease, announced a number of packages for health professionals at the forefront of the fight.

Meanwhile, on the 50 per cent basic salary as allowance for frontline workers, the Department said it has engaged the Ministry of Health on the modalities for effecting the payment.

“Three (3) months tax relief for all health workers has been effected. This will reflect in each of the three months’ (April, May and June 2020) Payroll.

“On the 50% of basic salary as allowance for frontline health workers for the next three months, the Department has engaged the Ministry of Health on the modalities for effecting the payment,” the statement announced.

The Department further revealed that it has also implemented pledges by the President and the Vice-President to donate their three months salaries to the National COVID-19 Fund established by the government.

Other pledges by the Chief of Staff, all Ministers of State, and other government appointees who also pledged 50% of their three months salaries to the Fund have also been implemented, the statement noted.

“The Controller and Accountant-General wishes to inform the general public that these directives have been implemented and the results will reflect after April 2020 Payroll Run,” it stated.

The Department further assured all Pensioners and Government workers that, despite the partial lockdown, “adequate measures have been put in place to ensure that pensions and salaries for the month of April 2020 are paid as scheduled.”

There are more than 1.5 million confirmed cases of coronavirus in 184 countries and at least 90,000 people have died, current figures collated by Johns Hopkins University indicate.