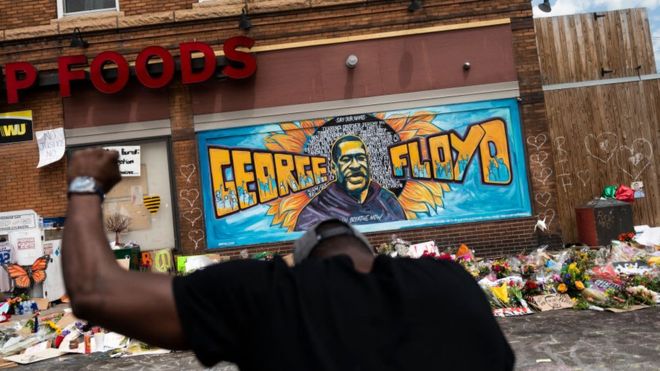 The family of George Floyd has expressed their gratitude to President  Akufo-Addo and the people of Ghana for honouring the memory of their Kinsman.

It comes after the government of Ghana held a funeral session in honour of Mr Floyd who was killed in the hands of law enforcers in America.

Addressing mourners at the funeral before the burial of Mr Floyd, social media impact leader Ivy McGregor said: “The family of George Floyd will like to acknowledge the message of solidarity resolution and virtual tribute from His Excellency Nana Akufo-Addo, the President of Ghana.  The family is honoured by President Akufo-Addo’s decision to have Mr. Floyd’s name permanently mounted on the historic Sankofa wall at the Diaspora African Forum in the WEB Dubois centre in Africa”.

On May 25, 2020, George Floyd, an African-American man, died in Minneapolis, Minnesota in the US after Derek Chauvin, a white American Minneapolis police officer and three others handcuffed him lying face down on a city street during an arrest and kept his knee on the right side of Floyd’s neck for 8 minutes and 46 seconds; according to the criminal complaint against Chauvin.