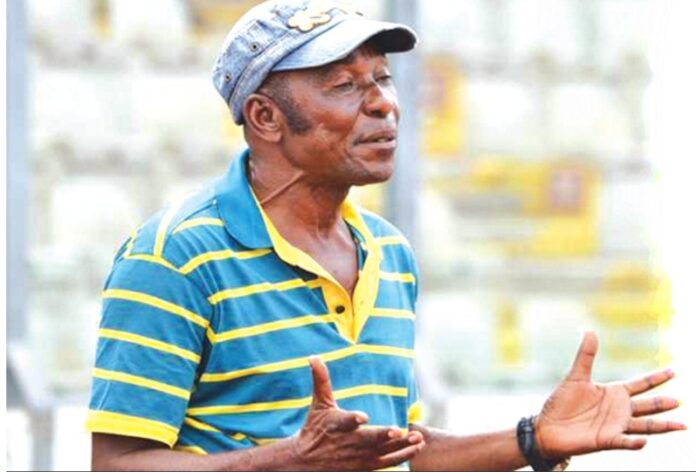 Veteran Ghanaian coach J.E Sarpong says he owes no one any apology after his stunning allegation that over 60 per cent of footballers in the country smoke Indian hemp.

Aduana Stars forward Yahaya Mohammed has called on the veteran coach J.E Sarpong to apologize to all Ghanaian players after making that statement.

But the former Kotoko, Hearts of Oak and Liberty Professionals trainer who has coached for close to four decades insists there is nothing to apologize for adding that it’s a known fact that there is at least one Indian hemp smoker in every team in the top flight and lower tier in the country.”

“When I say about 60 per cent of Ghanaian players smoke ‘’wee’’ you are telling me that I don’t know what I am talking about?

“Someone who has coached on the local scene for close to four decades from the grassroots to the top level, I have dealt with footballers at all levels and I know what I am saying,” Coach Sarpong told Starr Sports

“Some even smoke wee and come to play and after games, some too go and smoke it. Former Black Stars goalkeeper Robert Mensah those times if you don’t buy him wee, he won’t play and this was even confirmed by the late GFA chairman Ben Koufie who said at one time he had to buy marijuana for Robert Mensah before he kept the post.”

“Odame, Oppong all in Kotoko were smoking marijuana back then so who doesn’t know some Ghanaian players smoke wee?” he quizzed, adding “there is a wee smoker in every team in the country “ Sarpong maintained.