The Minister of Communications, Ursula Owusu Ekufful, has disclosed that stakeholder consultations will begin next week over the sustainability of the Digital Terrestrial Television, (DTT) platform.

According to the minister, broadcasters will have to agree on the mode of generating funds to maintain the platform.

The minister’s statement follows an NMC ruling and a subsequent directive from President Akufo-Addo for moves for GBC and Crystal TV to reduce their channels on the platform to be suspended.

Speaking to Starr News, Madam Ursula revealed a meeting is scheduled next week with stakeholders on the matter.

The Ablekuma West MP, however, stated the directives to GBC and Crystal TV are withdrawn for now.

She said “I work up to my appointing authority not the committee of communications in parliament. They exercise oversight, they don’t dictate to me how I do my work or neither do I need their prior approval before I implement any policy.”

“So, we’ve discussed it with the appointing authority and heard the concerns raised and that led to the manner in which the president crafted his statement to me to suspend it pending further consultations with the stakeholders, that is yet to take place. And we hope to meet the stakeholders next week to have those consultations.”

On the way forward Madam Ursula noted “that platform has to be self-sustaining. We have to find a way to pay for the DTT platform’s operations and maintenance, and I have told you that it comes at a cost. So, we were looking at mechanisms that will enable us to raise some revenues without burdening the existing broadcasters. So, when we meet, we will discuss the options to finance the operation and maintenance of the platform.

“And we will all agree on how to finance the platform going forward and they will all be bound by the decisions that are taken subsequently,” she added. 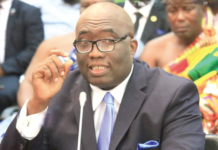 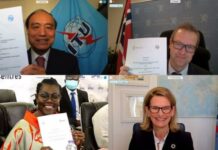 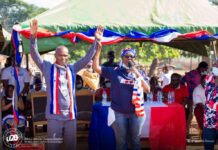 Election 2020: Be a decider – Ursula to Tain residents