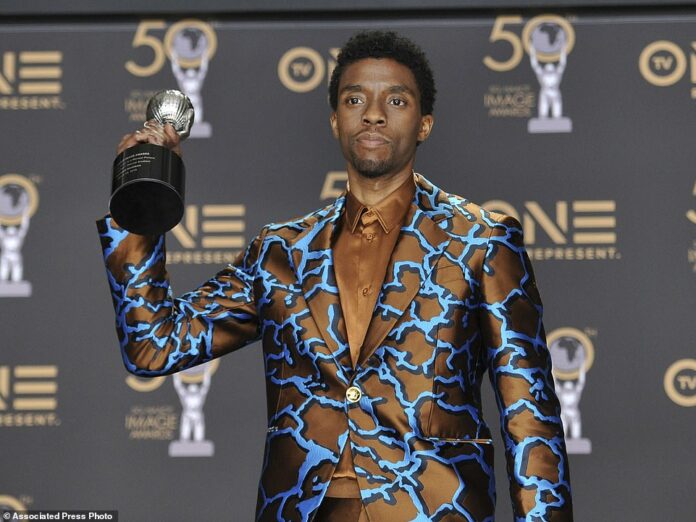 Black Panther star Chadwick Boseman has died after a private four-year battle with colon cancer, his family said in a statement on Friday. He was 43.

The actor passed away at his home in the Los Angeles area with his wife and family by his side. They did not specify when he died.

‘It is with immeasurable grief that we confirm the passing of Chadwick Boseman. Chadwick was diagnosed with stage III colon cancer in 2016, and battled with it these last 4 years as it progressed to stage IV,’ the family said.

‘A true fighter, Chadwick persevered through it all, and brought you many of the films you have come to love so much.’

The family revealed many of Boseman’s films, including Marshall, Da 5 Bloods, and August Wilson’s Ma Rainey’s Black Bottom, were filmed ‘during and between countless surgeries and chemotherapy.’

‘It was the honor of his career to bring King T’Challa to life in Black Panther,’ the statement said. ‘The family thanks you for your love and prayers, and asks that you continue to respect their privacy during this difficult time.’

Boseman had not spoken publicly about his diagnosis but had sparked concerns over health earlier this year after fans took note of his unusually thin appearance. The actor was known to flaunt a fit physique while portraying superhero roles in the hit Marvel films.

Born in South Carolina, Boseman graduated from Howard University and had small roles in television before his first star turn in 2013.

The actor had been known for playing real-life figures, including professional baseball player Jackie Robinson in 2013 biopic, 42, James Brown in 2014’s Get On Up, and Supreme Court Justice Thurgood Marshall in 2017’s Marshall.

But his most memorable role was his 2018 performance as T’Challa, king of the fictional African kingdom of Wakanda and the crime fighter known as Black Panther, in the first major studio superhero movie featuring a predominantly African-American cast.

The film went on to become one of the highest-grossing films of the year and was nominated for six Oscars, including best picture. It won three Academy Awards – in the best original score, best costume design and best production design categories.

The holiday is usually observed on April 15, but the celebration was moved to August 28 to accommodate the COVID-19-altered schedule.

Boseman had shared an Instagram post at the time saying he was celebrating with the launch of Operation 42, an initiative donating $4.2million in personal protective equipment to hospitals servicing African American communities at the peak of the pandemic.

‘Thank you, Jackie, for refusing to accept the world as it is, for showing us that we can make a difference,’ Boseman said.

The post, which included a video of the actor wearing a ’42’ baseball cap, had sparked concerns among fans who commented on his noticeably thin appearance.

Following the shock news of his death, tributes to Boseman poured in from across the entertainment industry on social media.

Marvel Studios released a statement on his passing on Twitter saying: ‘Our hearts are broken and our thoughts are with Chadwick Boseman’s family. Your legacy will live on forever. Rest In Peace.’

‘This is a crushing blow’ actor and director Jordan Peele said on Twitter. ‘This broke me,’ said actor and writer Issa Rae.

Marvel co-star Chris Evans paid tribute to his friend in a poignant tweet saying: I’m absolutely devastated. This is beyond heartbreaking. Chadwick was special. A true original. He was a deeply committed and constantly curious artist.

‘He had so much amazing work still left to create. I’m endlessly grateful for our friendship. Rest in power, King.’ 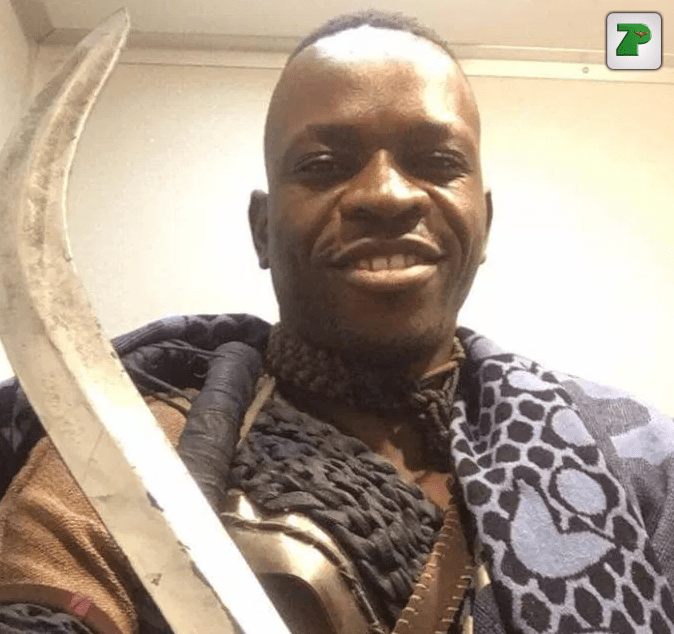