The Africa Education Watch has called on the government to postpone the intended reopening of second-cycle institutions in the country originally slated for October 5.

This according to the group will safeguard students and teachers owing to recent attacks by secessionist group Western Togolanders in parts of the Volta region.

The group says schools have been targets of rebel groups in other parts of Africa where separatists groups have murdered many students and teachers.

AEW in a presser signed by its Executive Director Asare Kofi and copied to the Minister of Education, and the Director-General, Ghana Education Service read “in the past few days, Ghana has been terrified with news of various armed secessionist groups attacking communities, innocent citizens and security personnel in parts of the Volta Region.”

“Schools have always been targeted by such rebel groups across Africa, especially in Nigeria and Cameroon where armed separatist groups have murdered many
students and teachers in recent times.”

The statement added “the decision by government to re-open Junior High and Senior High Schools on 5th October 2020 must be urgently reconsidered to save the lives of students, teachers and non-teaching staff in some 1,400 public and private JHS and SHS in the Volta
Region.” 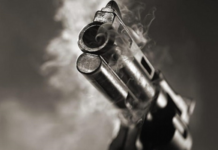