The ranking was done by the Varkey Foundation, a global charitable foundation focused on improving the standards of education for underprivileged children, based on the data gathered by the global teachers status index.

He said “just on the  22nd November, there was a world ranking study that came out and  Ghana was ranked second on the teacher survey. And the survey of thirty-five countries, thirty-five thousand participants, and the data was gathered by the global teacher status index group. And they found out that for countries that respected teachers and did more for teachers, they improved their economies and things and Ghana was rated second after China.”

He went on “so if in the last four years, the minister of education says that we don’t see teacher strikes as we used to see them, it’s because the unions themselves know what we are doing for teachers had never existed.”

“I did say that when you are dealing with teachers, the UNESCO has already set nine principles that you have to cover to know that you are thinking about the teachers holistically. Those principles include teacher recruitment and retention, teacher education, teacher deployment, teacher career pathways, teacher employment and conditions of service,  teacher reward and renumeration, teacher standards and teacher accountability, and school governance.”

Dr Opoku Prempeh highlighting government’s achievements noted: “so, those standards for the first time in the country were put in place under his excellency Nana Addo Dankwa Akufo-Addo so that no matter where you were trained and you went through licensing program, and you passed, you are a teacher.”

“In the last four years, financial clearances given and recruitments done by the end of this term will amount to 93,724 whereas, under president John Dramani Mahama, we had unemployed graduate teachers association,” he added. 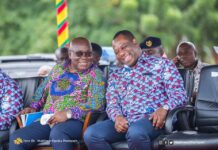 Fact Checker: Napo’s claim that there has been no teacher strike under Akufo-Addo ‘outright lie’ 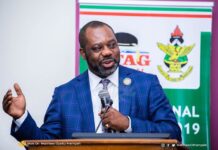 Focus on improving conditions of students, not politics – Apaak to Napo