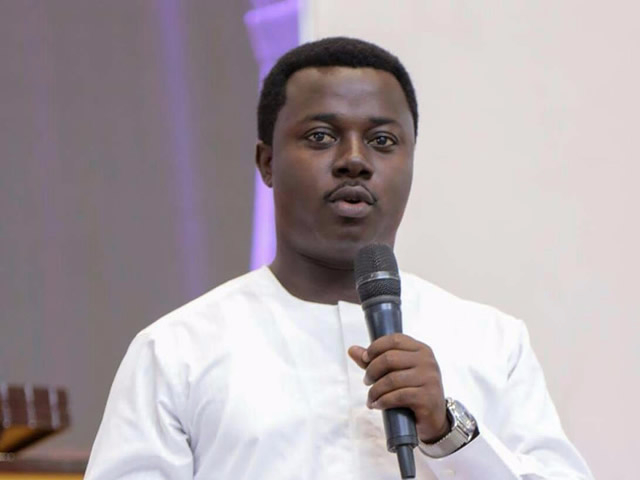 The demand by the MP follows widespread opposition from some individuals and religious organizations.

Speaking on Morning Starr with sit-in host Lantam Papanko, the lawmaker further asked for those behind establishment of the centre to be brought to book.

“The national security architecture I supposed must be well versed with information regarding these matters and I’m expecting and I’m urging that immediately steps must be taken to close down such edifice to be able to clamp down on the perpetrators and the rule of law should take its course”.

According to the MP, the Ghanaian society, since pre-colonial era had always upheld a culture of morality and decency and within cultural and traditional contexts, the practices of lesbianism, homosexuality, Bestiality and Transgender and other related practices of LGBTQI had long been held as abomination

“The concept of family for us as Ghanaians has always been and will always be initiated by marriage between a man and woman. The fundamental principle of Biblical marriage is construed as one between man and woman as it was in the beginning instituted by God between Adam and Eve,” He argues.

The lawmaker urged leadership of the country to resist any attempt by the West to shove the practice down the throat of citizens.

“The influence of the west on our society relating to LGBTQI infiltrations remain an age old pressure, which must be resisted as long as the pressure shows no indication of abating”.
Laws of Ghana

The MP has also pointed out homosexuality is abhorred by Ghana’s laws and thus must not be tolerated.

According to him “Section 104 of Ghana’s Criminal Code proscribes LGBTQI with the specific provision of ‘unnatural carnal knowledge’. While some activists have contended that the provision of ‘unnatural carnal knowledge’ is anachronistic and no longer sufficient to adequately address the emerging trends of LGBTQI matters in the country, and so therefore further strengthening of the law is required to position our laws more robust, encompassing and stringent in dealing with the abominable practices of LGBTQI, I have remained an ardent advocate for the enforcement of existing laws and fully inclined towards further legislation to adequately deal with these matters in consistency with the Constitution of Ghana and in line with our broad religious and cultural orientation, with particular regard for morality”.

Discrimination against LGBTQI members in Ghana.

There are reports of discrimination against persons who identify as LGBTQI in Ghana. But the lawmaker disagrees. According to him contrary to the notion that persons practising LGBTQI in Ghana are discriminated against, such persons are rather pampered and treated with kids gloves in Ghana.

“This position of mine, among other references, is premised on the seeming public ‘glorifying’ on media of acts which are serious contravention of our law. The impunity of open and public advocacy and practice LGBTQI is on the rise largely because perpetrators have not been prosecuted”.

In a statement following the interview on Morning Starr, the Assin South MP is questioning the inaction of National Security in dealing with the matter of the resource center.

“The recent opening of LGBTQI resource center in Accra is the height of it. Is the National Security apparatus telling us that they have no information on the location of this so called LGBTQI resource center that has been opened for weeks now? Are they telling us they have no intelligence on the people and groups behind this abominable act? Why are they quite? If ‘Armed Robbers Association’ or ‘Drug Traffickers Association’ were to publicly open an office in any obscure corner of Ghana, wouldn’t the security agencies conduct a rapid raid by now with alacrity?”

“It is appalling and most hypocritical that a state that abhors LGBTQI practices on religious and cultural orientation as well as criminalizes same practices per our Criminal Code would sit unconcerned for such impunity to be perpetrated. Some of us, regardless the ramifications, cannot shut up! I’ll keep up the advocacy for further strengthening of our laws to completely and assertively deal with the complexities of LGBTQI matters and will continue to explore my legislative options under the private members bill until such a time when existing laws will be confidently enforced with additional laws proscribing the advocacy for LGBTQI practices in Ghana”.