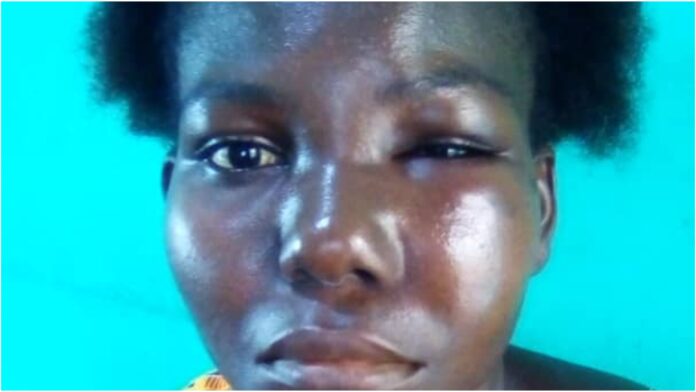 A 30-year-old man known as Kofi Carpenter has beaten up his 27-year-old wife’s sister Gloria Eshun for taking a sachet of water without his permission at Ajumako Mando Tayil in Ajumako Enyan Essiam District in the Central region.

He allegedly beat her until blood oozed out of her mouth and nose.

Speaking to Kasapa FM’s Yaw Boagyan, the victim said there was an altercation prior to him assaulting her. She, however, offered to replace the water, but he did not heed.

She disclosed that it took the intervention of a neighbor to prevent her from being killed.

According to her, the case has been reported to the Ajumako police but the culprit has since gone into hiding.