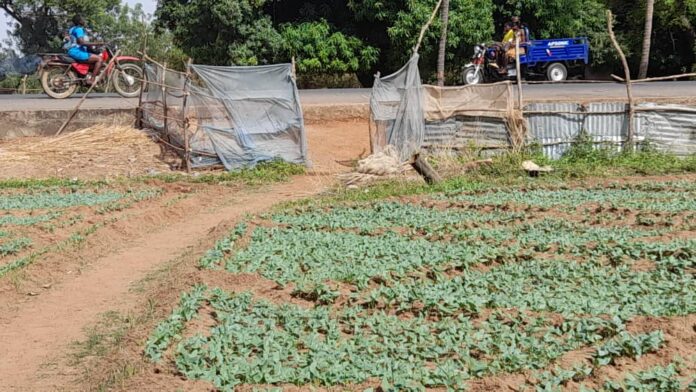 The Ghana Health Service (GHS) has announced plans to hand out insecticide-treated bed nets from May 18, this year, with at least 275, 967 households in the Upper East Region expected to be covered.

The Upper East Regional Health Directorate made this known during a multi-stakeholder meeting it convened on Tuesday to spell out some measures it said had been put in place to deliver the mosquito nets under an anti-malaria outreach programme dubbed “PMD 2021”.

The PMD— an abbreviation of Point Mass Distribution— means free distribution of mosquito nets to the masses by GHS officials stationed at designated points.

But concerns about some individuals reportedly using insecticide-treated nets to fence off their gardens against pests and stray animals in the region were among a number of issues at the centre of attention in the meeting.

A GHS official pointed out that the bed nets being used for farm fencing were those that had become too worn out but he also underscored the need for his observation to be researched further so as to get to the bottom of his argument. On the contrary, some participants remarked that some individuals claimed the nets often produced unbearable heat and (as long as they disliked to sleep inside the meshed tents) the nets might just end up at such strange or unsuited places as farms.

“Let us continue to talk to them,” a concerned-looking Deputy Director of Public Health at the directorate, Dr Josephat Nyuzaghl, urged stakeholders in the regional capital, Bolgatanga.

“Let them know there are consequences for not using the treated bed nets. Pregnant women may have stillbirths and suffer malaria. The children can die.”

The last time the region had a mass distribution of such bed nets was 2018. The latest one was scheduled to kick off on April 7 with a week-long door-to-door registration exercise for which 795 registration assistants have been trained. The data gathered will be validated and distribution follows next with 613,260 bed nets said to have been readied for sharing for one week at 368 distribution points in the region.

The nets are to be distributed to the households at no cost. But there are fears they might end up being retailed. Dr Nyuzaghl, who harbours same fears, turned to the representative of the Ghana Police Service (GPS) at the conference— the Bolgatanga Divisional Police Commander, Chief Sup. Dela K. Dzansi— entreating him to assist the GHS in ensuring the PMD items remained secure.

The commander reassured him of police support in that regard but he also stressed the need for the GHS to ensure that any motorbikes assigned for the implementation of the PMD programme were duly registered.

“I know in this type of your operations, motorbikes are used mostly by the registration officers. But police is also embarking on ‘Operation Register Your Motorbike’ upon which reason any motorbike that we see without registration— unless we don’t see it— when we see it, we will impound it.

“So, it would be good that you also send this information to those workers that you have engaged that they should try and register their motorbikes so that they don’t defeat the efforts they are making to save the lives of others,” he said.

In response to a question posed by a radio-broadcast veteran, Sophia Ackumey, about the fate of those who might be away from home when the registration officials came ringing their doorbells, the GHS’s Upper East Regional Malaria Focal Person, Sydney Ageyomah Abilba, said provisions had been made in advance at the “district level” to deal with such likelihoods.

“The other thing for which our security personnel could come in very handy to support us is the politicisation of campaign. As much as possible, this is a Ghana Health Service initiative— not an NPP or an NDC campaign. We don’t get that here in the Upper East. But it happens. It’s not common here. But it happens.

“I remember there was a place in Berekum. An assemblyman seized [nets]. He said that he’s the one sharing the [nets]. He said it was his party that was in power; if you [behaved badly] he would not give you. At the end of the day, he was arrested. We want to avoid some of these things. We don’t think it will happen here but it’s good to share so that we are all on the alert and then we address some of these things,” cautioned an official at the Etymology Unit of the GHS Headquarters, Christian Atta-Obeng.

Some 133 GHS staff are said to have been trained to supervise the registration assistants so that the job assigned them may be done up to standard.