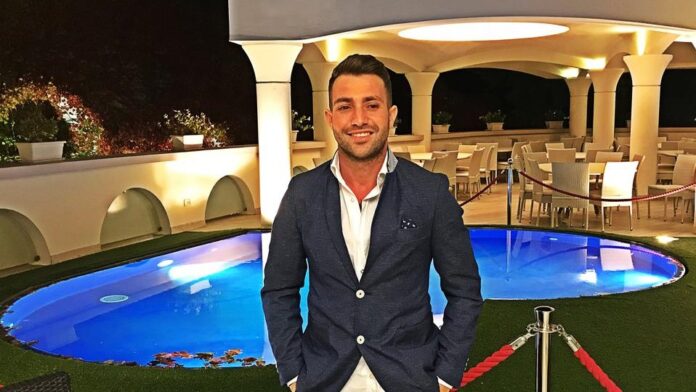 Entrepreneurship and sports metaphors go together like—well, like Steph Curry and 3-point shots.

You hear them all the time. Someone’s investor pitch was a slam dunk. That competitor really dropped the ball. The product dev team was on track, but now they’re behind the eight ball.

For most of us, those metaphors are just figures of speech, but not for Gianluigi Ventre. Ventre is a former boxer who actually knows what it feels like to literally get knocked down, but get back up again. After boxing for a time in Thailand, his career ended after he sustained one too many blows to the head, and he turned to the world of online trading instead.

I spoke with him recently to see what he’s taken from the ring into his life as an entrepreneur.

You can’t skip the training.

Formal training may be optional, but the informal, daily practice of learning and growing as a business owner is not.

“In order to win a match, you have to be willing to put in the hard work before. You have to better yourself every day,” Gianluigi Ventre says. “There’s no holy grail that will bring you instant success.”

From reading books on leadership and marketing, to finding a great mentor, to studying the trends in your industry, training comes in many different forms. The best type of training to undertake will be whatever makes you a better, more confident businessperson.

Even the greats get knocked out.

Knockouts happen to everyone—even the best of the best.

They’re not easy to recover from, either in the ring or in the business world, but those who do are often the ones who go on to achieve the greatest success. “The world’s best boxers have been knocked out in a match. The best entrepreneurs have had the same thing happen, but they survived those difficult periods by getting up and trying harder and harder to achieve what they want.”

Know what you’re working for.

If you’re going to be the best at something, you have to know why you’re striving. Is it because you want to create secure, long-term jobs for your staff? To bring to life a product you believe in? To support your family? “You’ll need that ‘why’ when things go badly,” Ventre says. “Especially during those difficult periods, you have to know why you’re fighting, and for what.”

Here’s something to remember: If it’s just to make a lot of money, you’ll run out of steam once things get really rough.

Remember who you are and where you came from.

A sport as physical as boxing grounds a person in their body and identity. Status, money, possessions—none of those matter much when you’re getting punched in the face.

Those things can, however, easily distract an entrepreneur. Objects and financial wealth have a way of giving people a false sense of security, even weakening their bonds with the people who helped them along the way. That’s a trap to avoid, Ventre says.

“Boxing taught me to remember where I started and who I was before. As I’ve grown in this entrepreneurship journey, it’s been very important to me to be grateful for what I have.”

When everything crashes to the ground, look methodically for what went wrong.

Just like athletes watch videos of their performance to see where their gait was off, at what point they lost their balance, or when they let the opponent sneak in that right hook, entrepreneurs have to be able to hone in on what happened when things don’t go as planned.

“You need to be able to identify the error and learn from it,” Ventre says. Did you misjudge your audience’s needs? Did you rush through a critical development milestone? Did your launch date conflict with a larger industry event?

Once you can identify exactly what happened, you’ll be able to move forward effectively, having learned from your mistakes.

Athletes and business leaders have always had plenty to learn from each other. As entrepreneurs, we can learn from boxers like Gianluigi Ventre—without having to get knocked out in the ring.