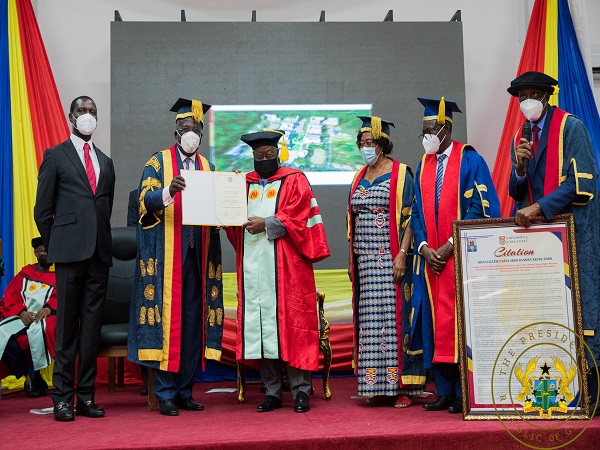 This opinion is not a challenge to active and rigorous student and/or faculty engagement in debate on our campuses. They must engage not only in political science debate but crucially in the sciences, humanities, fine arts, health sciences and the many other disciplines that universities are designed for. And there’s no harm too for campuses to entertain practical political activity.

As reservoirs for future political leadership, there are no better crucibles than academic environments for that purpose, even at the primary or secondary school levels. When I was in secondary school, even at that rung of the education ladder, we had debating societies and regular debates. There were competitions and we took them seriously.

I was not a good debater and never took part in any debates myself but I engaged myself in other activities. I served as president of GUNSA at Navasco, and at UST, I served as president of the JCRC of Unity Hall. Never a dull moment! What is objectionable is when university authorities sacrifice their academic independence and integrity to political opportunism as happened in Cape Coast last Saturday. The following should provide a guide to where this opinion piece is coming from. It is in response to my opinion from last week on the proposed “dodgy” honorary doctorates, since then dispensed to some politicians by the University of Cape Coast (UCC):

“Did Margaret Thatcher deserve to be snubbed? Did Obama deserve a Nobel? Has George W [Bush] done enough for Africa on HIV and Malaria to deserve a Nobel? Do Napo and NADAA deserve honours? Was it prudent for JAK to honour himself? I think national honours should be given to a person when he is not in a position to influence the process. Also, there ought to be a non-political and rigorous process for selecting honorees… We need to have an impartial, bipartisan process. Canada is a good model.”

Last weekend, UCC and her honorees had their day and by the look of things, a good time was had by all!

A few hours after the ceremony, I had the full text of the main honoree’s speech, presented in powerpoint format – all 30 or so pages of them. It made it easy reading for me that way. I was not looking for any plagiarism – obviously, such refinements do not mean much in Ghana’s academic circles and so I concentrated on what this keynoter had to impart to “fellow Ghanaians”. It is conceivable that apart from the few of us with some political, professional or academic interest, the majority of other “fellow Ghanaians” did not pay any attention to it at all!

After reading a few of the PowerPoint panels, I had the urge to discontinue – so much bombast and narcissism – but the urge to learn more, won out and I read to the very end. At best I would mark it a D. It was nothing but a rehash of his pet hates, boastfulness, divisiveness, vindictiveness and really nothing more: Free SHS (which in reality was commenced by President Mahama following the recommendation of the constitution), the culture of silence (still very much alive), his political background of the so called Danquah-Busia-Dombo tradition, even to the boast of his three honorary doctorates (from universities in Liberia, South Africa and now Ghana)! It was a partisan party political broadcast delivered from an academic platform.

It, therefore, lacked the kind of gravitas and restraint expected of an occasion like the investiture of an honorary degree. It sounded like the piteous whinge of a juvenile afraid of losing some fanciful but useless object or even more ominously like the Gollum’s lascivious yearning for the accursed ring in Tolkein’s Lord of the Rings. I am not making this up. The words are out there for any “fellow Ghanaian” interested in, to look up, verify and arrive at whatever conclusions.

Of particular interest to me is the panel labeled as page 29 – a part of what I suspect of the peroration – quoted below for clarity:

“I belong to the Danquah-Dombo-Busia political tradition, one whose forebears at great personal sacrifice, fought for the democratic, open, free system of government we are enjoying today in Ghana. They propagated the concept of democracy at a time when it was not in Africa a fashionable concept, Indeed, the philosophy of the New Patriotic Party coincides with that of the Fourth Republican Constitution. It is the dominant political philosophy in the world today, and has stood the test of time.”

Propaganda, partisanship and revisionism, the main thrust of the acceptance speech, do no good to our country. Hopefully, the academics at Cape Coast University, who provided the platform for this sabotage and subterfuge, would realise the disservice they have done to our Republic. With their dodgy doctorates, I hope they can see their way clear in the future to mend their ways before they send us hurtling into the kind of infamy many an African country has inevitably worked itself into by such negligent acts of omission or commission….

A forward-looking politician-statesman would have used this platform provided by a taxpayer-funded academic institution to rally us all to the flag and anthem not this provincial resort to political exclusiveness. After all, UCC belongs to all “fellow Ghanaians” not just the Danquah-Dombo-Busia tradition. He would have used it to make grand gestures aimed at bringing out the best in us in terms of innovation, creativity, and productivity, instead of the I, I, I, I, I, littered throughout the speech ad nauseam. Rise above the partisan din and become the true voice of the people. Is it not said that the voice of the people is the voice of God? Was he looking for pity, sympathy, understanding, even forgiveness? The kind of empathy he most viciously denied President Mahama when Mahama occupied the highest public office of our republic. His hounds barked, snarled, snapped, bayed at Mahama’s heels wherever he set foot. This Cape Coast University honorary degree laureate, when it suited his political agenda, refused to see any good in Mahama – a very fine gentleman and good leader by all standards.

Take a sip from the chalice you helped poison in your inordinate adventure to be called president and learn from Mahama!

And finally, a food-for-thought parting question: Who established UCC? Answer: The founder of our modern nation state, The Osagyefo Dr. Kwame Nkrumah. The man they hate to acknowledge as our founder – from Gold Coast to Ghana. See historical snippet below:

The current Ghanaian government can choose to be in denial about the true history above, but what about the UCC itself? Last Saturday should have had as a sub-theme, if not a main theme, of, “A Dedication to the Founder of UCC”. Shame! Shame! Shame!