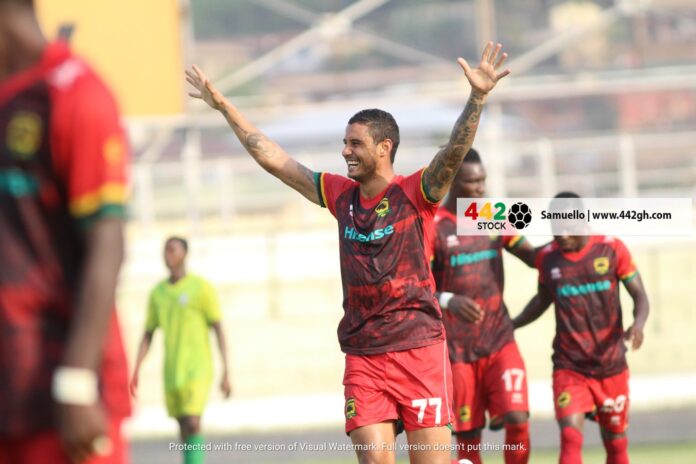 A statement by the Porcupine Warriors explained that Kotoko and Vinicius have had a collaborative agreement to part ways.

The Brazilian player, who scored twice in 75 minutes of action, is reported to have requested a three months break without payment from the management of the club in order to help him address some personal and family issues in Brazil.

But the club statement added that the management of the club have decided to mutually terminate his contract to help him focus on his personal issues.

The 27-year-old, who was on the books of Swedish third-tier side Vasalunds last year, joined the Porcupine Warriors in a deal which was supposed to run until 2023.
He was the second Brazilian at Kotoko, linking up with compatriot Fabio Gama Dos Santos who joined the club in October last year.

Vinicius played for Fluminense between 2012 and 2014, moved to Criciuma before returning to Fluminense in 2015.

He went on to feature for Estoril in Portugal during the 2015-16 season and made a comeback to his home country to play for America Mineiro, Resende and Cascavel before heading for Linkoping City in Sweden in 2019.

Last year, he transferred to Japanese third-tier side Grulla Marioka before returning to Sweden to join Vasalunds.