Koku Anyidoho has reacted to his sacking by the opposition National Democratic Congress saying “Vindication lies in the womb of time”.

In a series of tweet following his dismissal from the party, the former Communications Director at the Presidency said he remains focused on building the legacy of the late President Mills.

“This too shall surely pass.

“On growing the Atta-Mills Institute, building Asomdwee Park, & flying high the legacy of President Atta-Mills. My bible tells me that, in ° ALL things, I should give thanks to God Almighty for His grace and mercies,” he wrote.

A statement by the party Tuesday said Mr Anyidoho who is already serving a suspension can no longer hold himself out as a member of the party.

“The Functional Executive Committee (FEC) acting in compliance of article 48 (1) of the NDC Constitution unanimously adopted the report and accepts full responsibility for your expulsion from the Party,” portions of the statement said.

Some members of the party had earlier called for Mr Anyidoho’s removal over his constant tweets which attacked former President John Mahama. 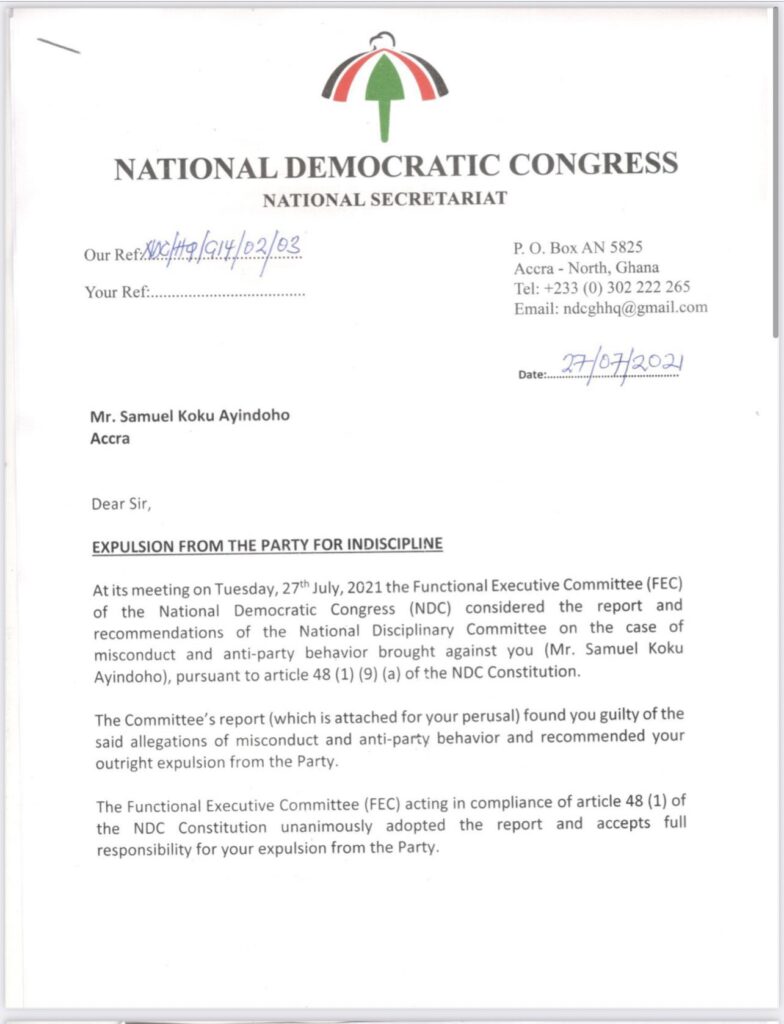 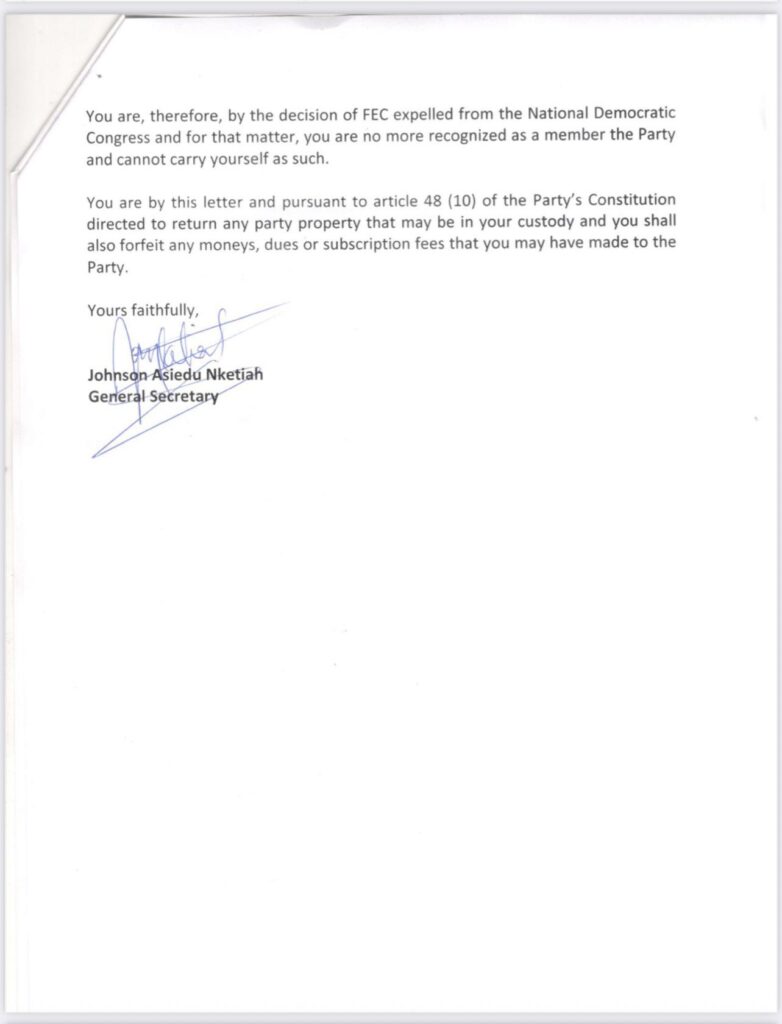 Mr Anyidoho however told Nana Aba Anamoah on Starr Chat that he had no issues with the former President.