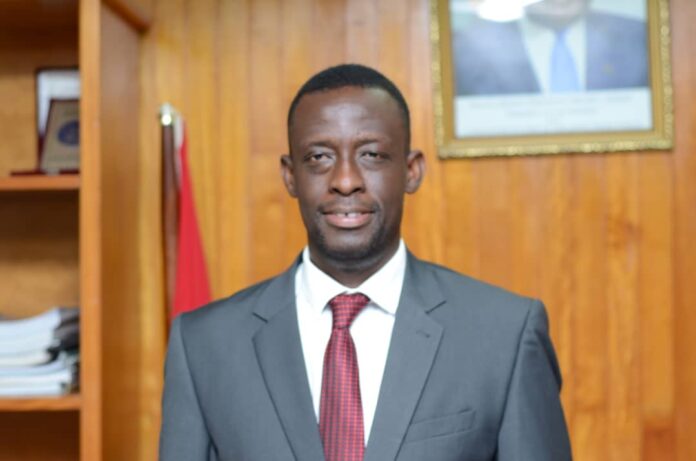 Kwabena Okyere Darko Mensah, the Western Regional Minister has denied reports that he is asking the various district, municipal and metropolitan assemblies in the region to contribute towards his father’s funeral.

A circular making round on social media suggests assemblies within the region are to pay between GHC2000 and GHC5000 as contributions for the Minister’s father’s funeral.

The said contributions were to be paid by Monday, September 20.

However, in a statement, the Minister said he has made no such request from the assemblies.

He described the circular as concocted.

“He has not instructed any Metropolitan, Municipal and District Chief Executives (MMDCEs) to make any payment in support of his father’s funeral or any other funeral.

“Please disregard and consider as not true any such information as the purported letter did not have the seal of the Regional Coordinating Council (WRCC),” the letter said. 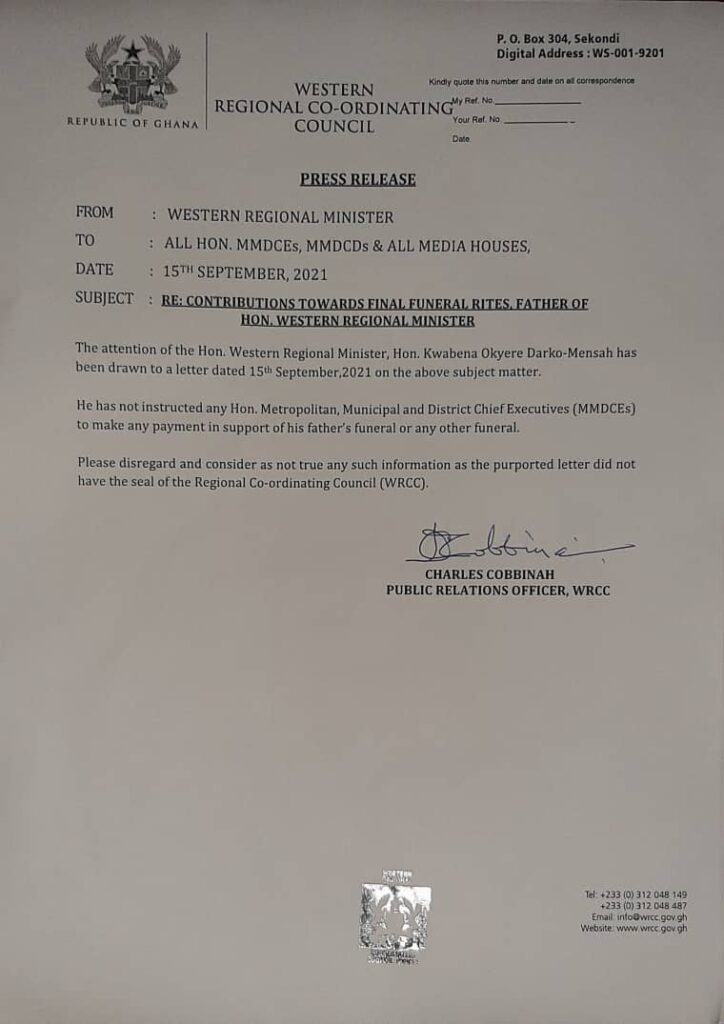