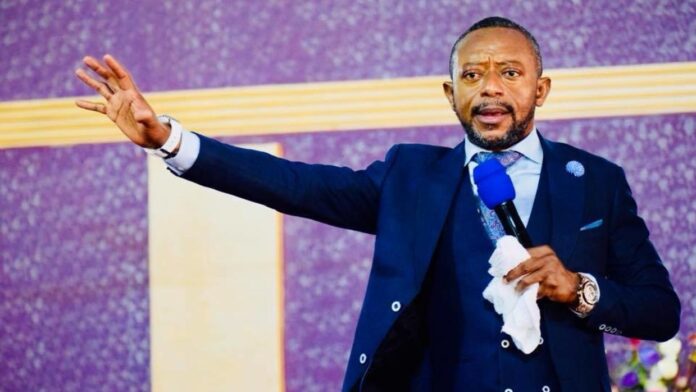 The High Court in Accra has granted bail to Reverend Isaac Owusu Bempah, the founder and general overseer of Glorious Word Ministry International in the sum of GHC200,000.

He is also to produce two sureties aside the bail sum.

This was after his lawyer Garry Nimako moved the bail application before the court presided over by Justice Comfort Tasiame.

Reverend Owusu-Bempah, was on Monday remanded into Police custody by an Accra High Court. He, and four others Mensah Ofori, Michael Boateng, Frederick Ohene and Nathaniel Agyekum were together charged with six counts.

They have all pleaded not guilty to the charges pressed against them for threatening to kill Patricia Oduro Koranteng, popularly known as Nana Agradaa.

While Owusu Bempah and Mensah Ofori were charged with two counts of Offensive Conduct Conducive to the breach of peace and threat of death, the remaining three were also charged with assault on a public officer.

One other person is at large.

Their lawyers led by Lawyer Garry Nimako Marfo prayed for the accused persons to be granted bail, but the prosecution led by Chief Inspector Dennis Terkpetey opposed the bail.

It was the case of the prosecution that two of the police officers they assaulted are still on admission at the hospital.