Addressing journalists at a Press Conference on Wednesday, Ayorkor Botchwey said claims that ECOWAS stood aloof and failed to prevent Mr Conde from going ahead to change the constitution are inaccurate.

“When something like this happens let’s not assume that behind the scenes there is nothing happening, I can assure you that when anything of the sort happens, behind the scenes the Heads of State knowing fully well…that the country has signed on the protocol or the charter but also it is a sovereign state and we have done everything behind the scenes with that colleague to engage.”

“So what you see from the outside is that everybody is relaxed, that is not the case, there is a lot of engagement and if we take the example of Guinea, if you recall, there was a referendum after the change of constitution…ECOWAS did not sit aloof and watch this happen, we engaged and I was even part of delegations that went there, sent by heads of state to engage with all stakeholders and to try and stop this…and engage with the president as well but unfortunately, it did not happen,” she told journalists on Wednesday.

Madam Ayorkor Botchwey also revealed that West African leaders will meet on Thursday to decide how to respond to the coup in Guinea and how to pressure the junta leaders to return the country to constitutional rule.

The 15-nation Economic Community of West African States (ECOWAS) has condemned the coup that overthrew President Alpha Conde, the third coup in West and Central Africa since April.

The bloc suspended Guinea from the decision-making bodies of the organization last week and sent a mission to meet the coup leaders.

Ayorkor Botchway, who chairs the ECOWAS council of ministers, told a news conference in Accra that the mission would report back to ECOWAS leaders on Thursday.

“The presidents will consider the report and decide what to do. They’ll decide on how to put pressure on the coup-makers to bring Guinea back to constitutional rule,” Ayorkor Botchway said. 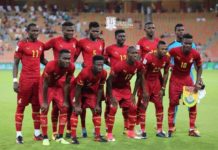 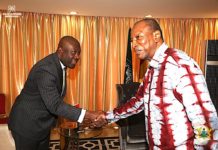 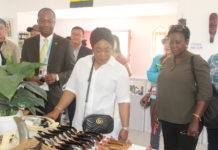