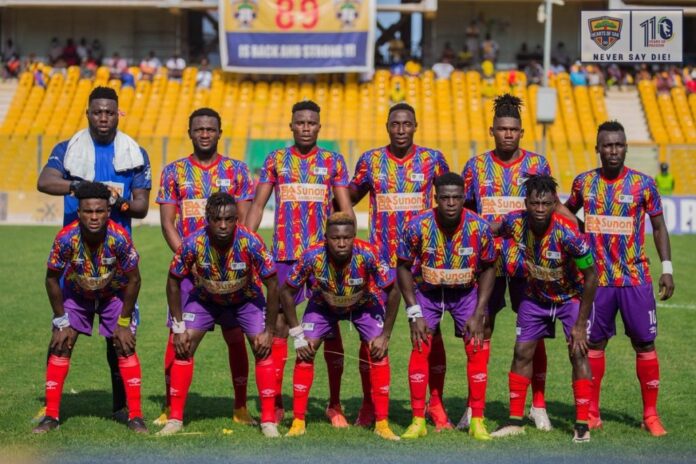 Ghana Premier League champions, Accra Hearts of Oak were knocked out of the CAF Champions League after Wydad Athletic Club whipped them 6-1 at the Mohammed V stadium in Morocco.

Head Coach for Hearts of Oak, Samuel Boadu made two changes in his team that started against Wydad at the Accra Sports stadium last week.

Wydad Athletic Club broke the deadlock of the game through Simon Msuva with just two minutes into the game.

Ayman El Houssouni doubled the lead for the Emperors in the 6th minute after converting from a free kick. Centre back for Wydad, Achraf Dari headed in a corner kick to get the third goal for the host.

Captain of Wydad, Yahya Jabrane scored from 12 yards to make it 4-0 before the first half ended.

The Moroccans extended their lead to 6-0 after El Amoud and Simon Msuva scored after half time.

The Phobians pulled a goal back in the 83rd minute when Patrick Razak scored after receiving a pass from Frederick Ansah Botchway.

Wydad Athletic Club have now advanced to the money zone of the CAF Champions League while Hearts of Oak drop to the CAF Confederations Cup.