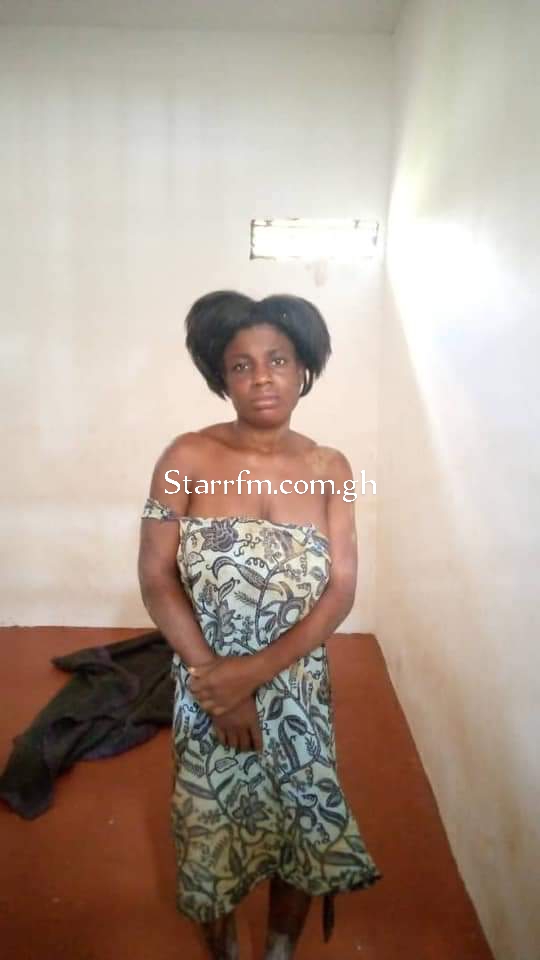 A 27-year-old woman who allegedly beheaded her husband Lartey Daniel, 35, in a bizarre circumstance at My God Village at Tei Glover, a farming Community near Akyem Bosuso in Fanteakwa South District in Eastern Region has been remanded by the Kyebi Circuit court presided by His Honour Peter Oppong Boah.

The plea of the accused person, Rachel Tetteh, was not taken when arraigned before the court on Wednesday, October 6, 2021.

The prosecution prayed the court to remand the accused to enable police to complete the investigation which was granted.

She is expected to reappear before the court on October 20, 2021.

Starr News gathered that a misunderstanding ensued between the couple and while the now-deceased husband was on his way to the farm, the accused trailed and allegedly pushed him to the ground and took control of the cutlass to cut off his head.

The Public Relations Officer of the Eastern Regional Police Command DSP Ebenezer Tetteh told Starr News, Police upon receipt of information about the crime at about 7:30 am Sunday, October 3, 2021, dispatched investigators to the scene.

He said Police found the lifeless body of the deceased in ash trousers over a white T-shirt lying dead in a prone position in a pool of blood with severed head along the footpath to the farm.

Police took inventories of the crime scene and examined the body. The body was retrieved and deposited at Akyem Tafo Government Hospital Morgue pending an autopsy.

DSP Ebenezer Tetteh added that Police proceeded to arrest the suspect, Rachel Tetteh and retrieved the cutlass she used to commit the heinous crime

The suspect is currently in Police custody assisting the investigation.